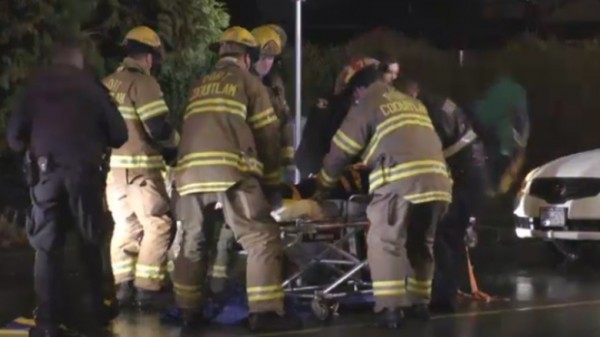 Police say a man is dead and three people are injured after all four were struck by vehicles in separate incidents around Metro Vancouver overnight.

Mounties in Langley say a 54-year-old man was hit by a truck at about 9:20 p.m. Thursday and has been pronounced dead in hospital.

RCMP say the 24-year-old male driver who hit him stayed at the scene and was co-operative but extremely distraught.

Officers say the victim was wearing dark clothing and walking in the middle of a rural road with no street lights.

Meanwhile, police say two cyclists, a 67 year old and a 60 year old, are both seriously hurt after being struck by vehicles in the City of Vancouver and West Vancouver.

In Coquitlam, a 17-year-old girl was also reportedly hit and suffered a broken arm. (CKNW)