Not guilty plea at terror trial 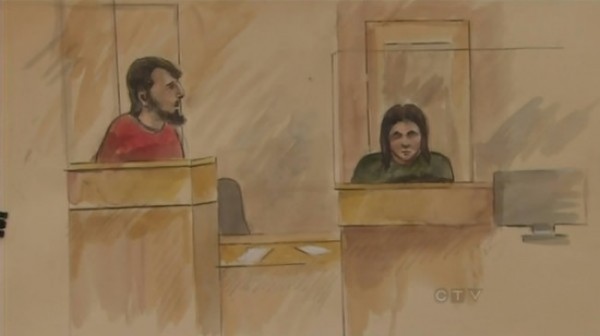 Two people accused in what the RCMP described as a plot to blow up the British Columbia legislature have both pleaded not guilty in a Vancouver court.

Jury selection began today for John Nuttall and Amanda Korody who are charged with knowingly facilitating a terrorist activity, conspiracy and making or possessing an explosive device.

They were arrested in July 2013 over accusations they planted pressure-cooker bombs on the grounds of the provincial legislature in Victoria on Canada Day.

More than 300 potential jurors showed up on the first day of jury selection, where 14 jurors will eventually be chosen.

Many of the details of the allegations are covered by a publication ban.

The trial is to begin Feb. 2 and is expected to last about 18 weeks.