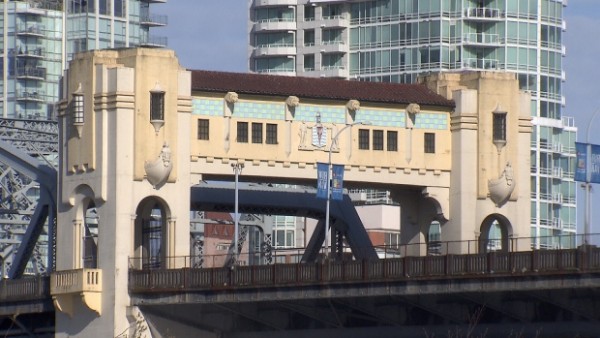 Police are searching for two suspects after a 23-year-old woman was sexually assaulted on Vancouver's Burrard Bridge.

Officers say the woman was walking on the bridge at around 2:45 a.m. Sunday when two men started shouting profanities at her from the other side.

Police say the men crossed over barricades and lanes of traffic, approached the woman from behind while continuing to shout, then one of the men pushed her up against a railing and groped her.

The woman was able to fight the men off and ran to a nearby taxi, where she called authorities.

The men fled, and police are now seeking witnesses and canvassing the surrounding area for video footage.

Investigators describe the suspects as thin South Asian men in their early and mid-30s with short hair, who speak with Punjabi accents, and were wearing dark clothing.