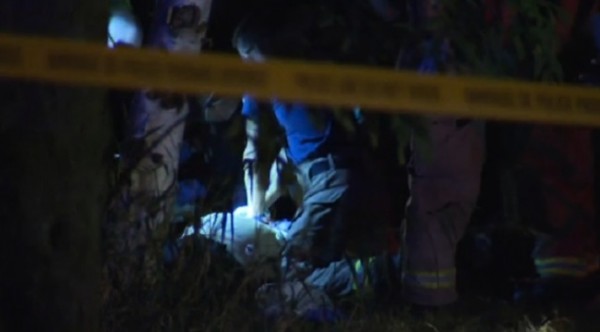 Photo: CTV
Emergency crews work on a man found lying in a park near a Richmond elementary school after responding to reports of shots fired.

Homicide police in B.C. are investigating two more deaths, making it a total of four cases taken over by the Integrated Homicide Investigation Team in less than 48 hours.

Mounties say one man was found dead around 12:30 a.m. Thursday in a Richmond park, south of Vancouver.

RCMP Insp. Konrad Golbeck says the body was discovered near an elementary school after police responded to complaints about shots fired.

Homicide investigators were also called in on Wednesday night after Mounties in Langley arrested two men believed to be connected to the death of a third.

RCMP Staff Sgt. David Brown says when police arrived at an Aldergrove home, they found three men on the front lawn, one of whom was unresponsive and died later in hospital.

The Integrated Homicide Investigation Team said on Wednesday morning it is also investigating two other deaths, one on the Sunshine Coast and another that occurred in Maple Ridge a day earlier.