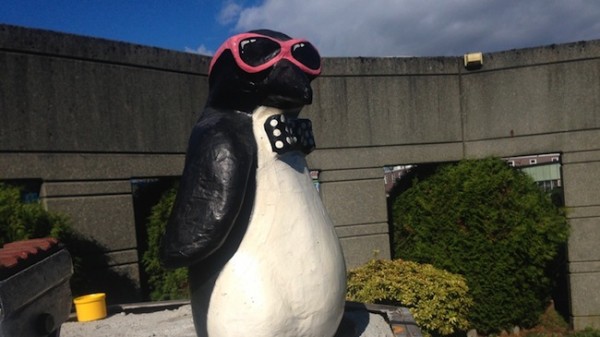 Photo: CTV
A penguin in sunglasses and a bowtie appeared on the same East Vancouver perch previously inhabited by nude Satan. Sept. 30, 2014. (CTV)

The nude Satan statue that was stealthy installed in East Vancouver earlier this month has been replaced by a partially-dressed penguin, according to CTV Vancouver.

The flightless bird showed up Tuesday wearing pink sunglasses and a polka-dot tie on the same perch near 4th Avenue and Clark Drive where Satan caused a stir weeks earlier.

Like its lewd predecessor, the penguin was installed surreptitiously, and the City of Vancouver said it won’t be getting special treatment just because it’s family-friendly.

“The statue is not a piece of City commissioned artwork and consequently it will be removed, however, the City will hold on to it for the owner to collect,” a spokeswoman said in a statement.

Crews are expected to tear the statue down by the end of the day Tuesday.

The Satan statue, which was discovered on Sept. 9, only lasted a few hours before it was removed.

That didn't stop it from becoming a minor sensation online, where it inspired at least two Change.org petitions calling for it to be resurrected as a permanent public art piece.

A Kickstarter campaign was also set up to fund a replacement statue, and collected almost $900 toward building supplies.

The East Vancouver pedestal was also previously occupied by a statue of Christopher Columbus, which has since been moved to another location. 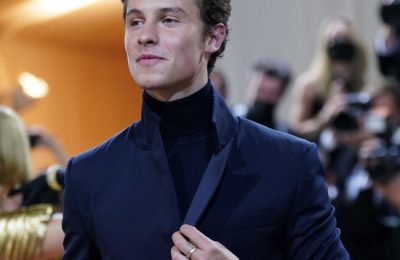