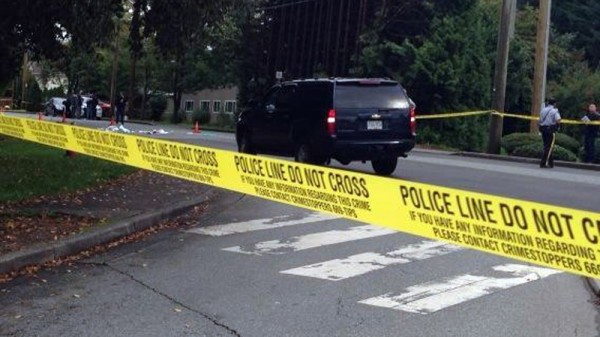 Photo: CTV
A crime scene is seen behind police tape in Maple Ridge after a man was shot and another was stabbed Tuesday, Sept. 30, 2014. (CTV)

One man was stabbed and another shot in an early morning incident in Maple Ridge, RCMP confirmed Tuesday.

It took place at two different crime scenes a short distance apart on Laity Street near Lougheed Highway, according to police.

CTV Vancouver reports that one of the victims tried to drive away from one of the crime scenes.

Both men were taken to hospital and the stabbing victim sustained serious injuries, police said.

One of the victims is known to police.