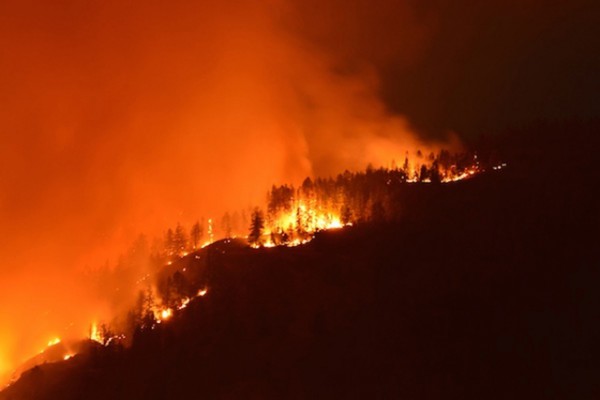 The provincial government has managed to recoup just a fraction of what it has paid to fight human caused wildfires over the past eight years.

Since 2006, taxpayers have forked over more than $1.25B to fight over 15,000 wildfires, both human and naturally caused.

Nearly 39 per cent (5,851) of those fires were human caused meaning approximately $490M was spent on fires the province deems as avoidable.

Between 2006 and 2013, the province recovered only $3.9M in penalties and damages associated with those fires; less than 1 per cent.

Each year the Wildfire Management Branch spends thousands on ads reminding people they could face hefty fines if they are deemed to have caused a wildfire. These range from penalties to cost recovery and can amount to $1M.

In reality, very few are ever charged, fined or taken to court.

According to information provided to Castanet from the Wildfire Management Branch, there have been only 34 contraventions (equivalent to Criminal Code convictions) from the 5,851 human caused fires, between 2006 and 2013.

The province considers human caused fires as those that are:

In 2013, Telus negotiated an agreed upon settlement of $2.1M for fire control costs and the loss of Crown timber resulting from a fire in 2006.

Along with the 34 successful contraventions there are currently another 15 to 20 proceedings in the various stages of completion.

In one of those still before the courts, Cariboo resident, Robert Unger, is appealing an order to pay more than $831,000 in fire suppression costs.

Unger is appealing a ruling that he lit a camp fire on his privately owned land when it was unsafe to do so, failing to establish a fuel break around the fire, and allowing the fire to escape.

In 2009 two men from Alberta were fined $3000 each after they let off fireworks near where the Blue Grouse wildfire was started in West Kelowna in 2006.

In 2003 the McLure-Barriere wildfire destroyed 73 homes in Barriere and Louis Creek, and a sawmill, the region's biggest employer. Mike Barre started the fire. He was fined $3000 for carelessly discarding a cigarette that sparked the blaze.

In an email to Castanet, officials with the Wildfire Management Branch says the Wildfire Act allows the province to recover suppression costs and/ damages from people starting wildfires: