Go it alone on coal ban? 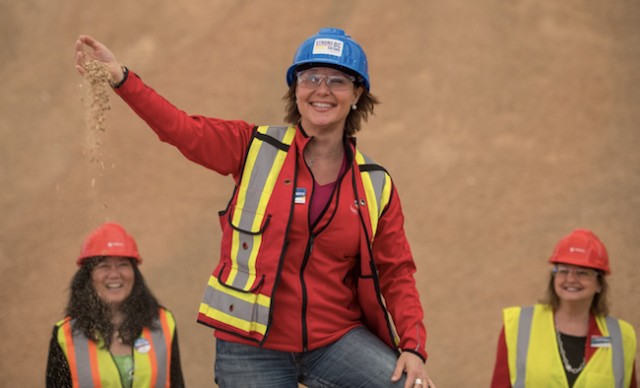 British Columbia's Liberal leader says she would take steps to ban thermal coal shipments through the province if the federal government doesn't act during a fight over softwood lumber tariffs imposed by the United States.

On the election campaign trail in Burnaby, Christy Clark said Ottawa has not yet responded to a letter she sent Prime Minister Justin Trudeau asking for a stop to American thermal coal passing through B.C. ports.

Clark said she expects Ottawa will act to keep "filthy" U.S. coal from reaching China in accordance with its climate-change agenda.

She says that otherwise, the province would go it alone and take measures such as imposing a heavy tax on coal shipments in an effort to stop them.

Clark made the comments in the midst of a softwood lumber dispute sparked when the United States imposed an average tariff of 20 per cent on Canadian softwood lumber, impacting jobs in forestry-dependent B.C.

The Liberal leader is campaigning for a second term in office as voters prepare to head to the polls May 9.

Chuck Hardy
Conservative Party of BC

Rainer Wilkins
Green Party of BC

Vonnie Lavers
Green Party of BC

Kyle McCormack
Libertarian Party of BC