Liberals pull off stunning BC win 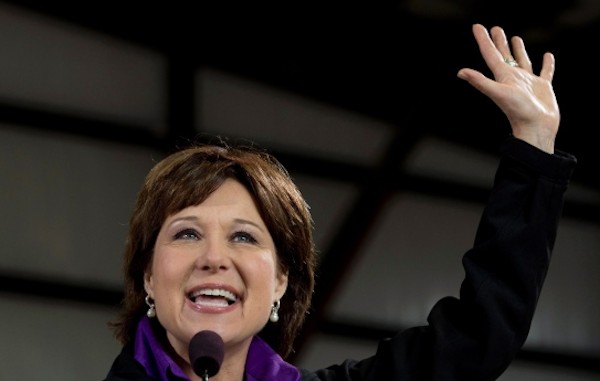 The Liberals defied common wisdom and months of abysmal polling numbers to win British Columbia's election Tuesday, a shocking turnaround for a party and a premier who had once been declared by one opinion survey as among the two worst in the country.

Premier Christy Clark's Liberals were projected to win, re-electing incumbents and even stealing a few from the NDP in areas they were never expected to win.

With polls closed for a little more than an hour, the Liberals were elected in nearly a third of the province's 85 ridings, including both Kamloops-area ridings that have long been considered bellwether in provincial elections for a century.

The Liberals also took back a seat in the Fraser Valley they lost in last year's byelection and snatched a seat from longtime NDP MLA Harry Lali in Fraser-Nicola in the Fraser Canyon.

The vote came after a month-long campaign that saw the Liberal party play the part of underdog under Premier Christy Clark, who took over the party from Gordon Campbell more than two years ago.

Dix handily won his riding, but Clark was in a battle for hers in Vancouver-Point Grey against New Democrat David Eby, a prominent civil liberties lawyer.

Conservative Leader John Cummins, whose party was considered a major threat to the Liberals just a year ago, was soundly defeated in Langley, where Liberal cabinet minister Mary Polak held onto the seat.

There were a number of surprises that emerged early on as returns came in.

John Van Dongen, a former Liberal who switched to the Conservatives and then became an Independent, lost in Abbotsford-South. The riding returned to the Liberals, with candidate Darryl Plecas, a criminology professor, projected to win by a large margin.

During the campaign, Clark attempted to frame the election as a vote on the economy, gambling that her predecessor's economic record would be enough to convince voters to keep the Liberals in power.

The New Democrats, on the other hand, have run a populist campaign that has focused on Liberal scandals, from the introduction of the harmonized sales tax to the BC Rail scandal, to argue for change.

Colin Hansen, a former Liberal cabinet minister who has been helping on the party's campaign, said high turnout in advance polls will help his party once all the ballots are counted.

"The advance polls, of course, gets counted separately and typically aren't announced until the end of the evening," said Hansen said.

"So it could put a different spin on some ridings."