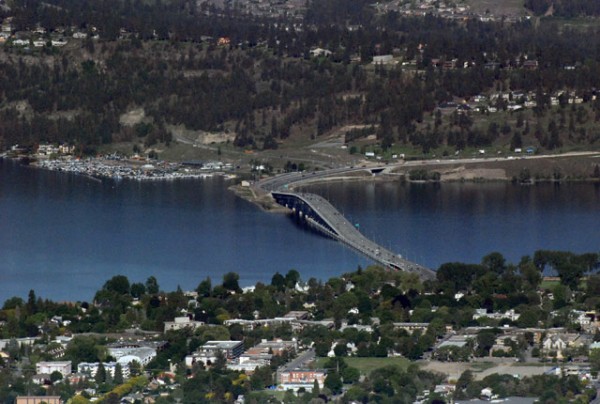 A political analyst believes four ridings in and on the fringes of the Okanagan could go a long way to determining the outcome of tomorrow's (Tuesday's) BC election.

UBC Okanagan political scientist, Wolfgang Depner, believes Shuswap, Vernon-Monashee, Penticton and Boundary-Similkameen ridings are all in play, with less than 24 hours before the polls open at 8 a.m.

Depner believes both Vernon-Monashee and Penticton ridings are wide open three-horse-races, while in Boundary-Similkameen, where the Liberals won a three man race in 2009, five candidates are vying for the seat this time around.

One of those is Mischa Popoff, a former Conservative candidate who is running as an independent after being removed by the Grits. Depner says he has a very loyal following in the area, helping make the riding an unknown.

Depner says the Shuswap riding is one of several in the province where long-time Liberal MLA's have decided to step away from politics.

Popular MLA George Abbott had represented the riding for several years and Depner says the Liberals are now running untested political candidates putting the results up in the air.

As for the three Kelowna ridings (Westside-Kelowna, Kelowna-Mission and Kelowna-Lake Country), Depner believes all three are safe Liberal seats.

"I cannot forsee any combination of factors that would see the NDP or independent candidates winning any of those ridings," says Depner.

"It's a matter of demographics, a matter of socio-economics and a matter of history. All those factors will likely mean those three ridings will remain with the BC Liberals."

Despite polls showing the NDP lead shrinking from 20 points prior to the election call to anywhere from four to eight points, Depner says it would be a longshot for Christy Clark and the BC Liberals to hold onto power.

"I would be surprised if it would be anything other than an NDP majority. I could foresee a possibility where the Green's will take enough votes from the NDP in the Lower Mainland and Greater Victoria to maybe swing some seats to the BC Liberals to help create a minority government situation," says Depner.

"But, I would be surprised if the BC Liberals pulled this one out. It's not beyond the impossible but a lot of things would have to break their way."

Depner says they would have to win all the seats they had at dissolution, and "we know that's just not going to be possible."

"Some of those ridings they held at the time of dissolution, the previous BC Liberal is no longer running," says Depner.

"A lot of the riding held by key ministers such as George Abbott, Kevin Falcon, Colin Hanson are up for grabs. And, you have a strong Green Party candidate running in Oak Bay-Gordon Head who could win the riding from Ida Chong who is a longtime BC Liberal cabinet minister."

Polls across the province open at 8 a.m. Tuesday and close at 8 p.m.

Castanet will have complete election coverage, including results from riding throughout the Okanagan as well as leader's ridings and provincial numbers as soon as the tabulation begin shortly after 8 p.m.