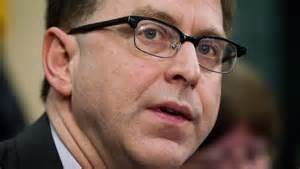 The Liberals lobbed their own accusations of spying Tuesday after the campaign manager of Transportation Minister Mary Polak quit. Todd Hauptman complained as a gay man, he felt marginalized among Polak supporters who he viewed as anti-gay, but Polak suggested the real issue was information sharing between Hauptman and the NDP campaign in the riding.

Dix had an answer for each of the probing concerns lobbed his way in crowded and heated campaign stops in suburban Richmond and Vancouver's Chinatown: blame the Liberals, but in a respectful way.

At one point in Richmond, Dix walked away from a scrum in mid-sentence, saying his Richmond Centre candidate Frank Huang came to Canada to find and build a new life and he doesn't need the disrespectful Liberals dredging up his past as a Chinese Communist party member.

Huang, who has won a B.C. journalism award for his coverage of one of Prime Minister Stephen Harper's trips to China, said he was a Chinese Communist before immigrating to Canada in 2000, but said everybody in China who gets involved in politics is forced to be a Communist.

He later confirmed that on the same day last February that he was asked to seek a nomination for the NDP in the May 14 election, the Liberals also approached him to run for them, but he chose the NDP after discussions with his family.

Dix's testy side has started to show itself in recent days as the campaign enters its final week with the NDP's front-runner status wobbling and Liberal Leader Christy Clark gaining ground on the strength of her personal appeal and push to make the economy and the NDP's past failures on the economic front the campaign's central issue.

Dix, who has been limiting his news conferences to one per day, held three scrums with reporters Tuesday, one in Sidney on Vancouver Island, and two others in Richmond and Chinatown.

"It is so disrespectful to say that people who come to Canada and are part of the community in Canada and are Canadian citizens can't participate in politics in Canada," Dix said in Richmond. "Frank's a great candidate and he's going to do an excellent job here."