BC Liberals aim to promote agriculture

Norm Letnick, BC Liberal candidate for Kelowna-Lake County, says the party’s election platform includes a number of policies designed to boost and promote agriculture, including further funding to the Buy Local campaign.

The BC Liberals agriculture plan has three strategies. One, focus on high-quality high-value products; two, expand domestic and international markets; and three, stay competitive on taxes and regulations. 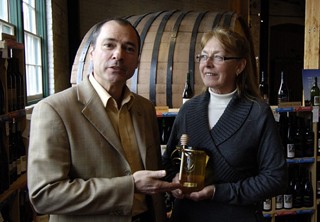 “No matter where you go in British Columbia, you will find agricultural industries and farms that make a big contribution to their communities. Our party values all agricultural producers and is proud to offer them our continuing support,” said Letnick.

Letnick says that almost half of the food we consume is produced in BC, and nine-out-of-ten farms are owned and operated by families.

“Our platform initiatives, such as enhancing the Buy Local Campaign, offering carbon tax relief, and introducing a new meat inspection system, will make a positive difference to BC agricultural producers.”

Specific measures the BC Liberals will implement to help the agricultural sector include:

The agrifoods sector provides more than 61,000 jobs and generates over $10.9 billion a year in provincial revenues. It is Canada’s most diverse agrifoods industry and has the potential to be a $14 billion powerhouse by 2017.