Dix to spend on education and child care

“Twelve years of Liberal cuts and confrontation have left us with far too many overcrowded classrooms, hurting learning outcomes for every affected child,” said Dix. “We need a new government with new ideas that puts children and young people at the centre of our efforts.” 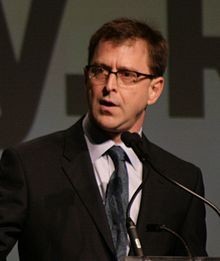 “When our public education system fails to provide equality of opportunity, it undermines our economy and the social cohesion that underpins our democracy. We especially need to ensure that children with special needs, aboriginal students and ESL students are provided the resources to overcome barriers to success and reach their full potential.”

Dix also announced $60 million to provide more spaces and lower the cost of infant and toddler care. Families with children in licensed care will save an average of $2,000 per year.

“Lack of affordable infant and toddler care is a major barrier to many women, especially single mothers, returning to the workforce,” said Dix. “Childcare is the second highest family expense after housing, putting financial pressure on middle income households and putting childcare out of reach for lower income parents.”

Dix said that the fund would be aimed at early childhood education and childcare. He said a BC NDP government would work with early learning experts and BC families to ensure program design would maximize early learning outcomes.

“Research tells us that three in ten children are not meeting core development benchmarks when they first arrive in school. Investing in early childhood education and child care will change this for the better, and done right, will improve learning outcomes for every student in BC’s classrooms.”

The costs are reportedly accounted for in the BC NDP’s fiscal plan. Dix and the NDP say they are committed to maintaining tax competitiveness and will show clearly how they intend to pay for classroom and child care improvements.