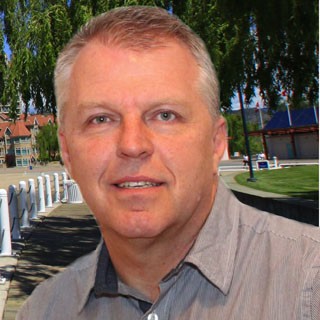 A Kelowna realtor announced this week that he will represent the Conservative party in the Penticton riding in the upcoming election.

Sean Upshaw said he made the decision to run because he had an interest in the area before and believes there needs to be more options.

Upshaw ran for MP for the Okanagan-Coquihalla riding in the 2011 federal election.

“I don’t think the BC Liberals should have four more years and that the people deserve someone who is looking after their interests, as opposed to being a career politician,” he said.

If elected, he would make upgrades to the Penticton Regional Hospital a priority.

He further criticized the way the BC Liberals have handled the hospital situation.

“My belief is the BC Liberals and   Dan Ashton have used it, the hospital, as a political situation, when for 17 years the previous BC Liberals did nothing,” he said.

Upshaw said he believes in being a servant of the people rather than his own ideology and that constituents have ongoing issues that need an MLA’s attention.

“Those issues will be my priority, rather than a my own agenda,” he said.

Upshaw said he will move from Kelowna to Penticton if elected.

He again made reference to Ashton, the BC Liberal candidate for the Penticton riding, saying he has lived outside the city in Trout Creek while serving as mayor.

“In my opinion, you should live among the people you are serving,” he said.

Upshaw does not plan to open a campaign office in the city. It is also unlikely he will put up signs, saying he doesn’t want to pollute the area with more signs.

Nor will he follow any script as he campaigns.

“I am true to myself and I will tell you how I feel about an issue,” he said. “There is also more than Penticton in this riding, there is Summerland and Peachland.

They should not be left out of the equation.”