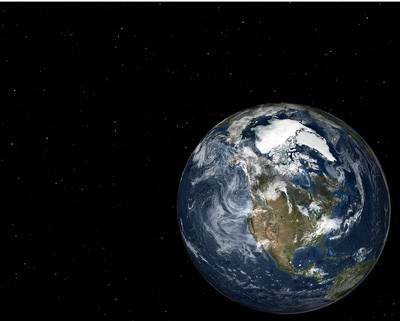 There are many philosophies to what contributes to our development. In the psychological world it is mostly focused on the internal life of the individual, such as thoughts and emotions; in social work the focus is mostly on the systems within which people find themselves, such as family, work, or culture; in medicine the focus is mostly on the chemicals and mechanisms of the physical body. Much of my education was in the realm of psychology, and in counselling we spend a great deal of time on the workings of the individual. I was fortunate enough to also study marriage and family therapy so we spent time on the family system and systems in general that have influence on each of us as individuals.

I want to focus here a bit on the environment and the influence it can have on us. I have learned and watched and more greatly respected its influence whereas before I always focused on the psychology of someone. I have also come to respect the biology and chemical aspect of the individual. But in terms of environment I would like to share a couple other terms that are helpful to use and think about. One is “context” and the other is “system.” Many times when we are struggling with life, we can’t only look at our thoughts and beliefs, our feelings and needs, but also the context within which we find ourselves. What else is influencing me from the outside that also contributes to my struggle, to my feelings, and to my needs being met or not? There are more immediate contexts like family and friends and there are more macro contexts like the economy, government, and the overall beliefs of the culture one lives within.

The other way to see or describe this is by looking at the systems we find ourselves in. If I’m on a committee of some sort, I’m in a system. My family is a system. A sports team is a system. A system is a functioning whole made up of individual parts that work together and constantly interact. Systems are complicated and can be difficult to understand, sometimes impossible. But it can be very helpful to realize you might be very distressed because of the system you find yourself in, not just because there is something wrong with you inside. You might need to realize the influence of the actual system on who you are and where you’ve come from. It is a complex interaction between you and the other aspects of the system.

And that is my point here – to begin looking bigger and broader at your life. What is the influence of your religion, your job, your friends, the economy, the state of the world on you and your feelings. We are not usually taught to think these things have huge influence but they do, and it is so subtle that it can be difficult to identify. Someone who grows up in poverty may not be depressed just because of inherited genes, but are most likely feeling down because of the stress and difficulty of living in poverty, a reality and structure bigger than them as individuals in many ways.

I’m not really trying to get into the nature vs. nurture argument at this point because to me it isn’t an either/or but a both/and. Everything influences our development and who we are. My goal here is to point out and help us all have a broader perspective on our lives by at least looking around us. What bigger influences are there on your life? What aspects of the systems you are in contribute to your feeling and thoughts? I’m not saying one is a victim to these things, powerless to have an effect on their own change. I’m saying it is necessary to understand what is influencing our reactions and feelings so that we can begin to do something about it, and many times we miss the influence of environment, context, or systems. Many times we cannot do anything to change the larger systems in our lives, but we can understand their influence and we can change our reactions, our feelings, and the way we interpret their influence. Other times we can remove ourselves from the systems we are in or have a great influence on bringing about change within that system.

Jason is a counsellor, psychotherapist, and life coach in private practice. He is a Certified Canadian Counselor (CCC) with the Canadian Counseling and Psychotherapy Association. Jason has a Master of Arts degree in Psychology with a Marriage and Family Therapy Specialization. Jason's training prepared him to work with individuals, couples and families. Jason believes strongly in helping clients to remove the obstacles that get in their way so they may embrace and accept who they are, utilizing their own resources.

For the past 5 years Jason has worked with people struggling with addictions. He has gained new insights and perspectives into this problem and is always learning about this phenomenon. Jason's passion for writing and researching addiction treatment philosophy has led him to a more grounded and humanistic approach to the treatment of addictions.

In his practice, Jason helps his clients change, grow and search. He is still working with addictions but also works with other issues such as anxiety/stress, finding meaning and purpose, depth work and couples therapy. Please see his website for more information. In addition to his private practice, Jason also facilitates groups for court mandated clients in the Relationship Violence Program and the Responsible Drivers Program. Lastly, Jason co-facilitates the Parenting After Separation Course through the Kelowna Family Centre.

For more information on Jason's services, visit his website at www.jasonmccarty.ca