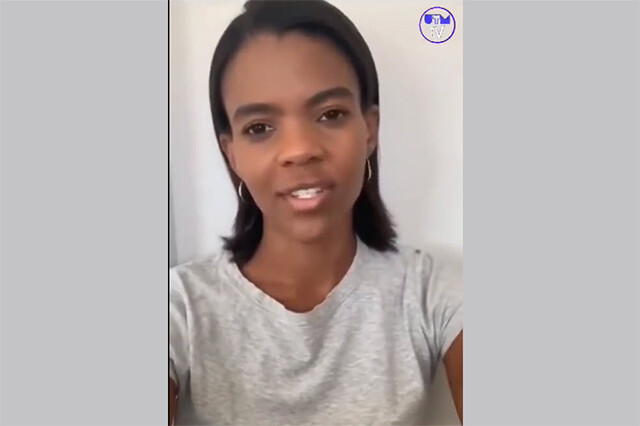 A viral video slamming George Floyd and denying racially profiled police violence against black people came across my Facebook feed on the weekend.

It was a selfie video by a passionate and articulate young black woman, Candace Owens.

I am embarrassed to admit that I found myself initially drawn into what she had to say. Sickeningly so, because with all my limitations (of which there are many!) I consider myself at the upper half of the enlightenment, critical thinking and intelligence curves.

If I was finding myself even remotely thinking in the direction she was steering me, what hope do we have changing the hearts and minds of those for whom her words are long established and entrenched truths?

The foundation of her presentation was demonizing Mr. Floyd as a doer of bad things. She used a catchy phrase, that, “Doing bad things wins bad prizes.”

She reviewed his criminal record consisting of several drug, theft and gun-related convictions. And put considerable emphasis on one offence that included Mr. Floyd pointing a gun at a pregnant woman's belly, which of course makes every right-thinking person cringe. She noted that according to toxicology reports he was high on fentanyl and meth at the time of his arrest for attempting to pass a phoney $20 bill.

She denounced the police officer’s conduct. But accounted for it on the basis that there are bad people in every profession.

She held up medical doctors as an analogy. Medical doctors are among the most trusted of professionals. According to her statistics, a large number of people are killed every year because of mistakes made by doctors. And some doctors actually kill on purpose.

That police officer wasn’t racist. He was a bad cop. Just like there are some bad doctors, there are also some bad cops.

Her solution is for black people to do better. And she points to brilliantly successful black people as examples.

It’s easy to blame the least successful in our society, particularly those addicted to drugs and alcohol, and those with criminal records, as authors of their own misfortune. It seems that it would take the very lowest level of “good choices” to steer clear of that.

It’s easy to blame those who are less successful, generally. We have a general belief that anything can be accomplished in life as long as we try hard enough.

But by doing so, we ignore the reality and effect of systemic racism.

A friend had posted a comment in response to the video that included an analogy of two people writing an exam but giving only one of them a pencil to complete the task. And then frowning upon and reprimanding the one without the pencil for their lack of success.

It doesn't help to tell the one without the pencil to "do better."

But the pencil analogy works only if we start from a point of acknowledging systemic racism.

And we don't! Oh my goodness, we don't! Within the last weeks I have sat down with people in my relatively small circle who don't get it.

Everyone would "get" the pencil analogy if we were comparing the success rate of a newly released black slave with a member of white establishment. But slavery was abolished a century and a half ago. People of all cultural backgrounds are seemingly born in the same hospitals, going to the same schools and having the same opportunities.

We have enough trouble "getting it" when it comes to systemic racism faced by our native population, and the last residential school was closed less than 25 years ago.

What can be done to help us “get it”?

It is incredibly difficult to change biases and belief systems.

Education helps. Particularly at the level of the most impressionable of us, i.e. our children. Adjustments to our children's school curricula is a start, but any enlightenment of our children will be constricted by the established ignorance of our children's parents and the many other influences in their lives.

How do we enlighten and educate those not in schools?

Perhaps we use the same tools tobacco companies used to convinced us to kill ourselves with cigarettes. And that Coca-Cola has used to convinced me to pay for and put several litres of coloured, aspartame laden liquid through my body every week.

Cleverly and creatively conceived of advertising/propaganda.

Might that be the most meaningful step forward to achieve "truth and reconciliation" with our native population?  Open recognition of the gross extent of our societal ignorance and identifying ways to best educate/enlighten?

And putting our money where our mouth is, i.e. putting resources into that education/enlightenment?

How about we go after systemic racism at the source, i.e. the hearts and minds of our society. And figure out how to maintain our principles of free speech while eliminating the trash advertising/propaganda pulling us in the wrong direction, such as the Candace Owen video.