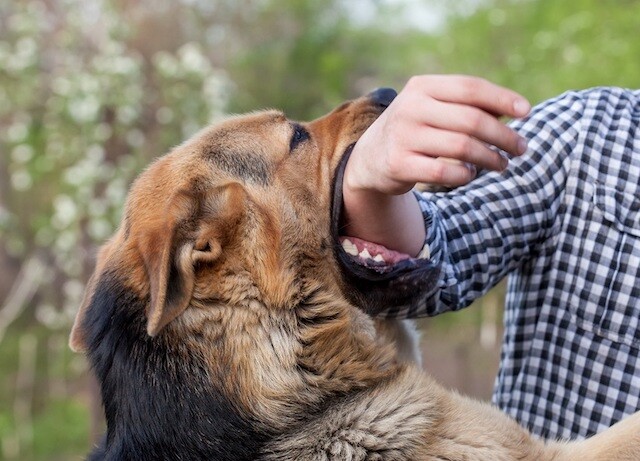 Regional animal control officer Wayne Belleville was quoted as saying: “I think it would be anyone’s worst nightmare; a dog ripping your face apart.”

A 76-year-old Osoyoos woman had been knocked down and mauled. Injuries to her face were so severe she had to be airlifted to Vancouver for surgery.

The large dog attacked again when Belleville went to investigate. It slipped out of its collar and sunk its teeth into Belleville’s arm.

Belleville, a lover of dogs, was sickened not only by the incident, but also that he had to be involved in the dog’s euthanasia.

He emphasized the need to take the time to socialize pets. And if a guard dog, to ensure they are properly contained.

I posted about the incident on Facebook, inviting column topic ideas.

Responses mirrored the comments of Belleville and Sgt. Bayda, emphasizing the responsibility of dog owners along with compassion for the dog.

One commented: “It’s our job as pet owners to control our pets and teach them right from wrong… every pet owner should be aware of what their dog is like and take precautions to keep everyone safe.”

She continued: “However, I don’t agree with this dog being put down. Dogs aren’t born mean. It’s a lack of training and a reflection of the owner(s).”

Another: “Disappointed in the care, discipline and raising of this pet. Show the love and pets show unconditionally.”

And another: “No bad dogs, just bad owners. Yup. It’s as much a pet owner’s responsibility to make sure their pet is safe and others are safe from them. Not just ‘control’ them, but make sure they are socially adept so that the dog doesn’t have to go through unnecessary stress either. Common sense... but it is not that common.”

I remember hearing the gunshots of my and my brother’s pet dog, being killed by my father after they got a taste for chickens on the farm. Perhaps it’s my upbringing, or a correct assessment by a long ago girlfriend that I’m “emotionally dead,” but my concern is not with the dog.

My concern is with the elderly woman whose face was ripped apart.

And the many others who are attacked from time to time causing less serious injuries.

And owners of small dogs who undergo significant vet bills and sometimes the loss of their pets when uncontrolled larger dogs attack.

I overwhelmingly agree that responsibility lies at the feet of the attacking dog’s owner.

A dog’s owner has complete control over how much time and energy is spent socializing and training the dog. And to what extent, if at all, the dog is given freedom beyond the length of a leash.

Does accountability breed motivation and commitment?

Is it common sense that the higher the accountability of pet owners for damage caused by their pets, the more motivated and committed they are likely to be to ensure their pets don’t cause damage?

Would increased accountability lead to increased time and energy spent on socializing and training? And to an increased level of caution about letting them off leash?

And might it lead to the choice of smaller, more docile types of pets capable of inflicting much less harm than larger, more aggressive types?

In my next column I will review the level of accountability of dog owners in our current laws and ask whether we think that might need to change.