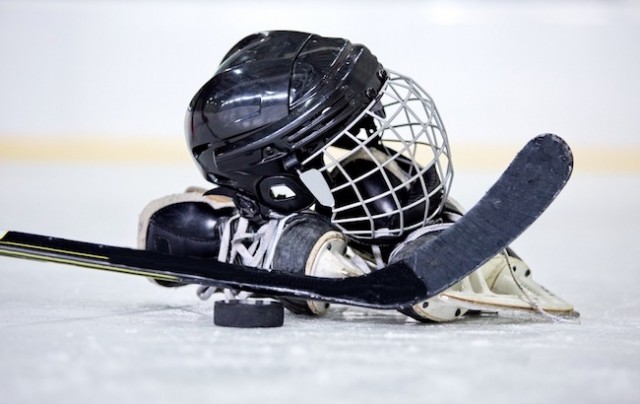 “Please help us raise money for the players and families affected. Money will go directly to families to help with any expenses incurred.”

As of Monday morning, this GoFundMe campaign had amassed $11.7 million of their $4-million goal.

The aftermath of the horrific crash has pulled, hard, at our heart strings. So many lives lost in one instant, most of them young people full of promise. And we are just starting to learn about the life-long injuries sustained by the survivors.

We ache for a way to express our feelings and to show our support. The GoFundMe campaign allows us to put our money where our hearts are.

I suspect those directly impacted by this tragedy feel each and every donation, big or small, like an embrace.

And the growing total might offer solace as a monumental demonstration of love and support. Those of us contributing to that total might feel that we are making a concrete difference in a situation where so much is broken that is impossible to fix.

I wonder, though. By shining the full weight of our attention, love and financial support on this tragedy and those directly impacted by it, might we be missing out on a broader opportunity?

We were in varying degrees of shock as we heard the initial news headlines of a crash resulting in 15 (now 16) dead and an aftermath suggestive that the rest of the 29 bus occupants had suffered dramatic injuries.

The same feelings do not arise from news reports of the one or two killed here and there on Canada’s roads. Perhaps because we hear about the one-off casualties so often?

But if we put our minds to it, the magnitude of losses from those drip, drip, drip fatalities are much more shocking.

Transport Canada statistics show 1,858 fatalities in 2015 (the most current year easily available online). Averaging that number over 365 days is an average of five deaths per day.

I am submitting this column on Monday, April 16, 10 days after the bus crash. Running the average, likely 50 Canadians have been killed in road traffic incidents over that time period.

And the next after that.

I doubt that the much larger numbers of other families who have lost loved ones on our roads and have been left with life altering injuries since April 6, begrudge the love and support we are showing to the victims of that disaster.

Nor that those who will continue to be affected by the ongoing, drip, drip, drip of crashes and collisions will either.

But imagine a campaign that would give us an opportunity to collectively show our love and support to every family losing a loved one, and everyone suffering life altering injuries on our roadways.

One that allows us to put our money where our hearts are. Not to reimburse the expenses of the victims and victims’ families that will largely be reimbursed by insurance companies. Rather, to go toward stopping the incessant drips.

It is common for the families of those lost to various medical conditions and diseases to ask for donations to particular research organizations in lieu of flowers at funerals.

There are also mass, annual events like the “Run for the Cure” and other fund raising activities and campaigns where those affected can put our money where our hearts are.

Why don’t we have the same for the shocking, continuing and entirely preventable tragedies on our roadways?

I imagine a national road safety society. The goals of that society might be to:

Are there those among us who might choose to put our bruised hearts in a direction that might prevent these ongoing, daily tragedies and work to create such a society?

The society would have legs beyond the news event of this tragedy that will inevitably pass from our collective consciousness like every other news event. It will give all of us impacted by injuries and deaths on our roadways a way to make a real difference in prevention.

Could there be a better memorial of those killed and so profoundly impacted by this tragedy than such a society?