My god! They're all naked! 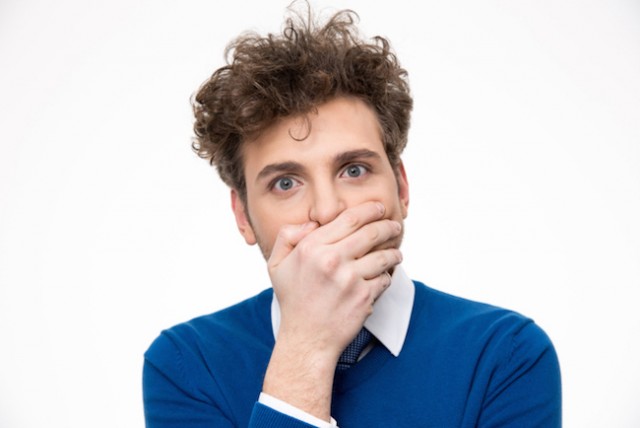 There are two kinds of people, those who have a fear of public speaking and those who don’t.

Glossophobia is the irrational and intense fear of public speaking. A glossophobic person is unable to control the overwhelming feeling of nervousness when speaking in public, and they may have a nervous breakdown when confronted with a big audience. This can leave both their personal and professional life disturbed.

The term glossophobia in itself seems innocuous. Chances are, if you were amongst friends and you suddenly just outright told them that you have glossophobia, most of them wouldn’t know what the term meant. If you told them that you suffer from the fear of public speaking, you’d be met with their psychological defence mechanism called ‘simple denial’.

Once their skepticism subsided, and you convinced them that you really do suffer, you’d likely be met with their suggestion of the cure-all remedy: Toastmasters. It’s safe to say that your friends care, and it’s true that the folks at Toastmasters are wonderful people and can assist in the cure for public speaking fears.

Once you’ve ’fessed up, you’re also likely to be met with other innovative suggestions from friends, like my home inspection colleague Mark Goodwin, RHI, who inspects in Squamish BC.

Mark told me to “pretend the audience is naked”.

Thanks Mark, that may be a great solution when you are addressing an audience of professional athletes or models, but I can tell you from experience that it didn’t work for me this past weekend in a convention hall with a few hundred home inspectors, most of whom were out of shape males in their fifties and sixties.

It’s estimated that 75% of people suffer from speech anxiety, making it one of the most common phobias to exist, so the good news is, I’m not alone.

That statistical finding doesn’t add comfort for long, though, because glossophobia ranks higher than the fear of death. The fear of death is necrophobia. If you have a bad case of glossophobia, it’s likely that you will wish for your own death before you have to give your next speech.

Once you’re booked, it’s a long journey until you finish your speech.

Interestingly, one of the causes of glossophobia is a previous related trauma. Almost all glossophobic people are distressed about being embarrassed in front of a mass of people, and being a failure while speaking. The trauma can result from a previous distressful event that happened when speaking in public. Apparently, such incidents may not appear intense when they happen, but they can cause a longer lasting fear that can take the form of a phobia.

Glossophobia, along with other social fears, is thought to begin at around age 13. Mine began at age 15 when I ran for student council president against Lisa Schienbein. In a highly competitive battle, it was neck and neck between Lisa and me, in what was pretty much a popularity contest.

Things went very badly for me, glossophobia-wise, when I took the stage to address the entire school. If there are 30 symptoms of glossophobia, I had 47 of them. Lisa, on the other hand nailed it. She eloquently parlayed all of her genuine kindness and positive hopes for the school, and made some pretty impressive promises.

The good news is, I went first, and she was so good that everyone pretty much forgot about me at some point during her speech. Since that day, I have been ever so thankful for alphabetical order.

Fast forward 40 years later to the home inspector convention this past weekend, with another election, one that included my good friend and colleague Mark and six others.

Mark Goodwin is a retired bobby - a British police officer - who began his professional home inspection career overseas before immigrating to Canada. He is a man of authority and integrity, and has the gift of the gab topped off with British wit. Obviously he offered the best and most dynamic election speech of the day, and since ‘Goodwin’ comes after ‘Cairns’, I went first and he, not I, was remembered.

I can trace my glossophobia all the way back to you, Lisa Schienbein. It’s been 40 years that I’ve suffered to various extents, but I do thank you for such a great speech that it caused the school to focus on you, and caused them to forget my clanger.

As for you, Mark, thank you for your encouragement that resulted in one of my best speeches to a convention hall of naked home inspectors.

Unfortunately, now I have a weird form of gymnophobia: An irrational fear of imagining convention halls filled with naked home inspectors. 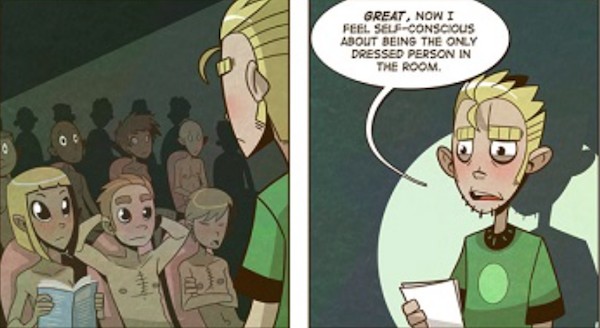 More About the House articles

When you need advice or guidance with DIY home improvement and repairs, Hugh Cairns can help you with the answers.

Home improvements can be rewarding, turn your home into a nicer more comfortable place to live, and increase its value.

Whether you are renovating your kitchen, converting a loft, giving a room a lick of paint or making improvements to your home’s energy efficiency, this column is here to guide you with useful information and key things to remember.

Do you have a renovation question or concern? Please feel free to send Hugh your questions. Contact him through www.subject2homeinspections.com