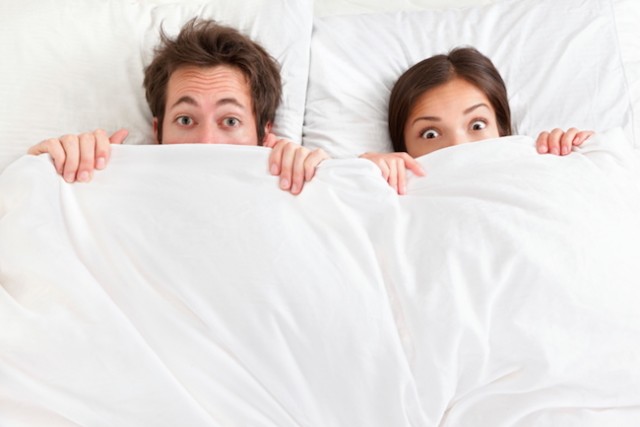 Photo: Contributed - Maridav
Your face, when you wake up to . . . the seed bugs

Q - I was showing a property in Vernon early this afternoon and came across these guys. I don’t know what they are, and if it had been just one or two, I probably wouldn't bug you. They were clustered together at the back door, the end of the deck, and several other spots around the house. If my clients were thinking of putting in an offer on this property, should these insects be a concern, given they are in large clusters around wood areas of the structure?

A - Normally when we see insects they are on their own. When they are clustered, they certainly can raise a heightened sense of awareness.

What you have seen is commonly known as the western conifer seed bug, but they are often erroneously referred to as stink bugs.

Seed bugs are swift to propagate, and use their mosquito-like sucker to pierce developing cones of several species of pines, spruces, firs, larch and hemlock to eat. Once they have inserted their syringe-like mouth into a cone, they devour the contents of seeds by inserting enzymes and sucking out the contents.

There are no pesticides currently registered against this pest in Canada, and as far as we know there aren’t any natural predators. Trapping the bugs is a control option, but they are mostly just a nuisance to humans.

Seed bugs are found around North America, but here in the Okanagan our colder winters have kept most varieties at bay. 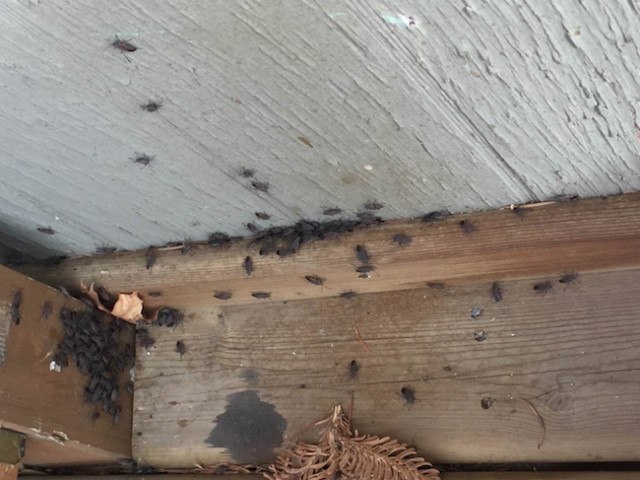 When spring arrives, seed bugs sense the warmth and begin to move around and become active. Inside the home, the bugs gather on walls and windows, seeking a way out. Although they don’t bite, the sight of so many often upsets homeowners.

Once they go outside, you’ll see them huddled together in large clusters, basking in the sun.Both stink bugs and seed bugs produce a strong sickly sweet odour and excrete it though their rear end. It’s their version of a chemical weapon used to discourage predators, yet they are attracted by their own smell.

These bugs love company, and release an aggregation pheromone to attract others. It’s only the males that produce the pheromones which are attractive to other males, females and nymphs. The function of the aggregation pheromone may be for protection from predators, a food signal, or a mating opportunity. Any which way, it’s a party for them, and a weird heebeejeebee insect cluster for us.

The best way to keep them out of our homes is by mechanical means. To prevent entry into a home, loosely fitting screens should be fixed, gaps around door and window frames should be caulked, and make sure soffits and screens are in good condition. Also caulk under the fascia, and place appropriate screens in all wall penetrations.

When found in houses no chemical control is necessary. The best way to rid a home of a seed bug is to remove them by hand. They are unlikely to use their chemical arsenal unless they feel threatened. Picking them up gently is a good way to get rid of them, but wear rubber gloves and keep their rear end from facing you. Squishing a seed bug will cause them to use their stinky chemical defence, and you will be rewarded with what you really want to avoid.

And don’t vacuum up stink bugs, they will set off a stink bomb in your vacuum. They say vacuuming sucks, but it doesn’t have to stink.

More About the House articles

When you need advice or guidance with DIY home improvement and repairs, Hugh Cairns can help you with the answers.

Home improvements can be rewarding, turn your home into a nicer more comfortable place to live, and increase its value.

Whether you are renovating your kitchen, converting a loft, giving a room a lick of paint or making improvements to your home’s energy efficiency, this column is here to guide you with useful information and key things to remember.

Do you have a renovation question or concern? Please feel free to send Hugh your questions. Contact him through www.subject2homeinspections.com