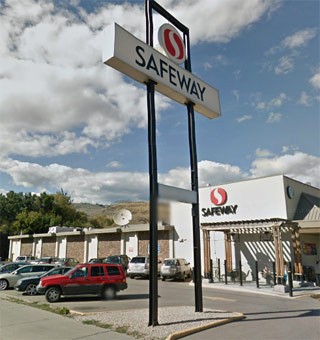 RCMP in Vernon are asking for the public's assistance in locating a man following an incident they describe as 'very concerning.'

About 1:30 a.m. Saturday a 34-year-old woman called 911 to report a man was following her and had 'slapped her on the buttocks.'

"The victim reported she first noticed the male on 30 Avenue at the downtown Safeway," says RCMP spokesman, Gord Molendyk.

"The suspect is not known to her."

Molendyk says the suspect made a strange comment stating, "I am only 11. They can't do anything."

He is described as an Aboriginal male who appeared to be in his 20's. He was between 6' to 6'2" wearing white shorts and a tucked in shirt.

"Police are very concerned about this incident," added Molendyk.

Anyone with information concerning the incident is asked to call the Vernon Detachment of the RCMP or Crime Stoppers.

"The detachment would also like to remind everyone who is walking home late to take safety precautions," says Molendyk.

"If possible, do not walk alone and walk in well travelled areas."