Premier Christy Clark took some time during her appearance in Kelowna Thursday morning to clarify remarks she made in an interview last spring that referred to the seat of government as a "sick culture" devoid of "real people." 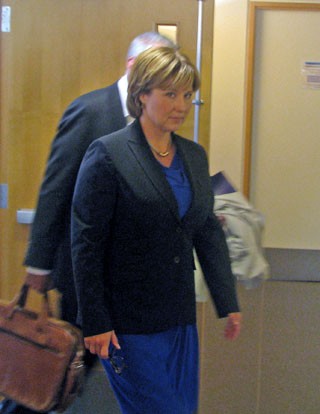 Photo: Grant Scott
Premier Christy Clark says she wants to talk directly to the people of BC.

Speaking at the opening ceremony of UBCO's Reichwald Health Sciences Centre, Clark likened the legislature to a cocoon which isolates politicians from the people and leads to bad ideas.

"I don't think British Columbians want to see politicians stuck in the cocoon of Victoria. You know what you end up with when you're there? You end up with ideas like the HST. How do you think the government came up with an idea to implement a new tax without telling anybody about it and then without going and explaining it to people afterwards? They were stuck in the cocoon of Victoria."

Clark added that once in the legislature, politicians become heavily influenced by pundits, pollsters and lobbyists.

"Lots of useful work gets done, (in the legislature) but if you spend all your time there, that's how you come up with bad ideas, because you're only hearing from politicians and pundits. I think government has to connect with British Columbians."

She says politicians need to get out of the legislative precincts, travel the province and talk to people to make sure they are reflecting what people want for BC.

"I ran to become Premier because I said we're gonna break out of that cocoon and we're gonna go talk to people so we don't make those kind of stupid mistakes. That was what I was trying to say. I think I probably could have said that better," says Clark.

"I've told all of our ministers and all of our MLAs, get out and talk to the people of the province. We have a major problem of disconnection between citizens and government in our country at all levels. The only way you can repair that is, first of all you talk to people, second you listen and third, you act on what they say."

Opposition critics are complaining about the lack of a fall session and the fact the government has sat for only 47 days this year.

"My recommendation to the opposition is this. If they want to spend all their time cosseted in the cocoon of the legislature, fill your boots. I'm gonna be out around British Columbia talking to citizens, whether that's in Oak Bay or Saanich or Kelowna or Prince George or Telkwa, that's where I'm going to be because that's where the citizens who this democracy belongs to, live."

Clark also promoted the fact that her government created 51,000 new jobs in the last year and gave credit to the civil service for helping to make that happen.

"We couldn't have got there without the hard work of the civil servants who are figuring out how we can clear out the backlog in (awarding permits). How can we go out there and enable a new business in liquefied natural gas? How do we make sure that we have the money to invest in a facility like this one, so we can train 32 new medical students in Kelowna? It's all the bureaucrats who figure out how it's actually going to happen."

However, despite the praise she offered to the civil service, she wasn't offering a raise.

"There's a hard reality out there that the BCGEU and other unions need to see, and that is there is no more money. I'm not going to taxpayers and ask them for more money so that I can give a raise to public sector workers. Frankly we just can't afford it right now. Until our budget situation improves. I am not going to raise taxes to give them a raise," says Clark.

"We are in a very tight fiscal position and we just cannot go any further. I think given where we're at, we're being as generous as we possibly can be." 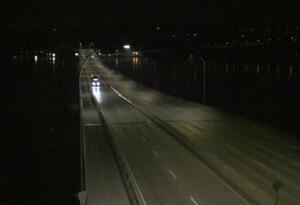