Data should be protected 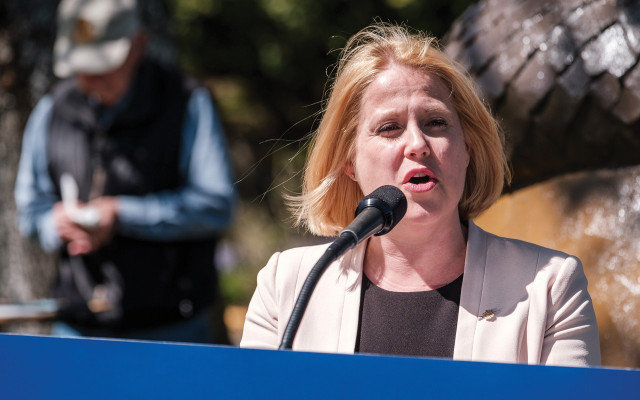 Photo: .
Provincial Minister of Citizens Services Lisa Beare, pictured in 2019, is in charge of FOI laws and information technology.

Following a December 2022 report from the Office of the Information and Privacy Commissioner that found the Provincial Health Services Authority (PHSA) has “no comprehensive security architecture” to guard against security and privacy risks, nearly nine in 10 British Columbians told the pollster that addressing such gaps is an important government priority.

The commissioner found PHSA did not conduct routine “penetration testing” of its data system and does not check all “desktop environments” to ensure they are adequately protected. Overall, PHSA was operating under a “reactive” framework to cyberattacks.

“Every British Columbian should be troubled by these findings, because it means personal information in the system is vulnerable to misuse and attack,” wrote the commissioner.

Indeed, few residents rated this issue as not very important (four per cent) or not at all important (one per cent) for the provincial government.

And after legislative changes in November 2021 allowed the province to store personal data outside of B.C. and Canada (lifting prior prohibitions), British Columbians placed likewise importance on private companies protecting personal health information.

On the flip side, B.C. residents are concerned about the government’s troubles in providing government information to the public and media.

Eighty-five per cent of residents “say it is important for the B.C. government to reduce its average processing time and meet its legislated requirements with respect to freedom of information requests,” stated Ipsos, which noted the average processing time for the province to process a general freedom of information (FOI) request is 65 days whereas the legislated requirement is for requests to be processed in 30 days.

A majority of British Columbians (57 per cent) do not believe people should be required to pay a fee to file a request.

A report this month from the commissioner assessed how a new $10 fee implemented in November 2021 has affected the request process.

The commissioner found the number of access requests for general records made to the province declined before the fee was introduced and continued to decline in the six months following. Media requests, in particular, declined sharply and is a “cause for concern,” the commissioner noted.

The amendments from the Ministry of Citizens Services, which is in charge of FOI laws and information technology, also allowed other public bodies to charge a $10 fee for non-personal requests. Of the 109 public bodies surveyed by the commissioner, 24 charge an application fee and another 24 were considering doing so in the future.

The Ipsos poll can be found online.