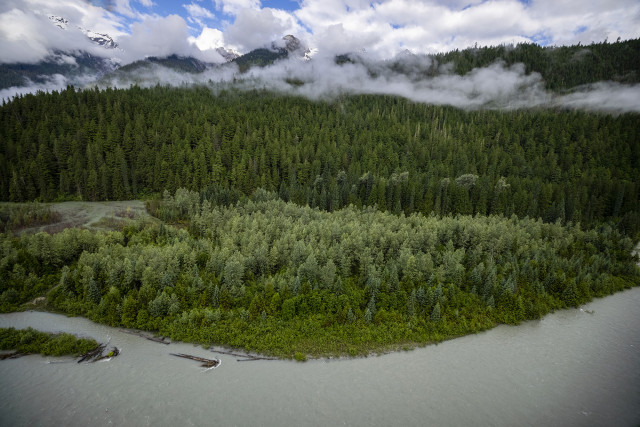 The provincial government and the Nature Conservancy of Canada have given special status to a biologically unique old-growth rainforest near Revelstoke.

The region is part of B.C.’s rare inland temperate rainforest, and features old-growth cedar and hemlock trees up to four metres in width — some estimated to be as old as 1,000 years.

“Protecting our wild spaces for generations to come is one of the most important things we are doing to create a healthier future,” Eby said.

“Our actions will preserve the Incomappleux Valley and its rare ecosystem will make this one of the most significant protected areas established in the province in a decade.”

In addition to the conservancy, another 17,000 hectares in the southern part of the Incomappleux Valley will be protected from logging.

“The rich and unique biodiversity of the Incomappleux Valley makes this one of the most significant protected areas established in the province in a decade,” Minister of Environment George Heyman said.

“By expanding parks and protected areas, we are strengthening protection and enhancement of biodiversity in British Columbia and contributing to our goal of protecting 30 per cent of the province by 2030.”

According to the province, the forest supports more than 250 lichen species, including some that were recently discovered, and provides habitat for grizzly and black bears, as well as a variety of endangered fungal and plant species.

“The Incomappleux Valley is a precious old-growth forest, which our Sinixt ancestors protected and sustained since time immemorial,” said Jarred-Michael Erickson, chairman of the Confederated Tribes of the Colville Reservation and the Sinixt.

“It is now our job to ensure that the land and habitat are preserved for the benefit of future generations, and we look forward to working with the province and other stakeholders in this very special part of our ancestral territory.”

There are more than 150 conservancies in B.C., ranging in size from 11 hectares to more than 322,000 hectares. Commercial logging, mining and hydro generation are prohibited within conservancies.