'Pick your battles' out there 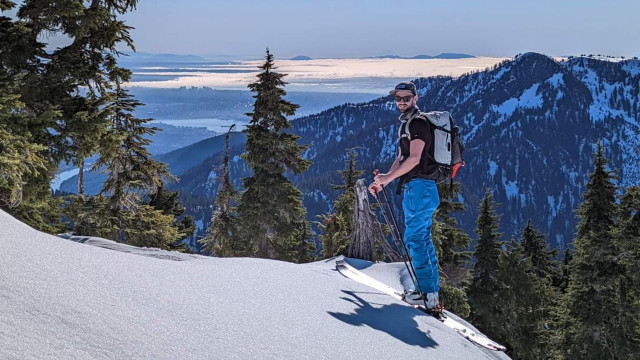 B.C.'s avalanche risk continues to threaten backcountry enthusiasts but making the decision to play it safe could save lives, according to experts.

Conditions for avalanches in British Columbia are quickly becoming the worst in almost a decade. Since Jan. 9, five people have been killed in avalanches across the province and forecasters are comparing the season’s snowpack to conditions in 2003.

Ryan Buhler, a forecast program supervisor with Avalanche Canada, says despite the lack of obvious clues, there is serious potential for large, human-triggered avalanches.

"We urge backcountry users to exercise caution and make conservative, low-consequence choices if they decide to travel in avalanche terrain,” says Buhler.

Avalanche Canada expects the “highly unusual” and “unpredictable” conditions to last the remainder of the winter season in some areas.

Along with other suggestions on how to stay safe, Avalanche Canada asks people "adopt a cautious mindset when in avalanche terrain" and be diligent about terrain choices by sticking to slope angles of less than 30 degrees when in clearings, open trees and alpine terrain.

Elliot Hoyt has been skiing pretty much his whole life and started backcountry skiing in 2016.

He started his education through the BC Mountaineering Club and often does ski tours in the Sea to Sky corridor, plus the Manning and Coquihalla regions.

Hoyt is aware of the deaths in the province and specifically chooses areas to ski in that are safe.

“What's becoming more of a factor in my decision making is terrain selection, hazard management and just not going out on days when, like there's obviously this deep persistent problem that is unpredictable, but then making sure that if there are additional problems that can compound that, not going out that day, or picking lower-angle terrain, picking trees, well-supportive terrain to avoid the problem in general,” he tells Glacier Media.

On the heels of the five deaths this avalanche season, the province is telling the public to be prepared when heading into the backcountry. This was a message delivered many times by the province, even though many of the people who died had the right skills and equipment.

Glacier Media asked the B.C. government if it would consider closing areas that are high risk to prevent deaths.

Bowinn Ma, Minister of Emergency Management and Climate Readiness, said any decision to close backcountry areas would be informed by advice provided by Avalanche Canada.

"Avalanche Canada is the national public safety organization and I’m thankful for their expertise and the guidance they provide to British Columbians," said Ma.

She noted the ministry is urging everyone to exercise heightened levels of caution and vigilance in the backcountry.

"This year's snowpack is being compared to 2003, which was one of the worst years for avalanche fatalities,” says Ma.

Hoyt says the message of “be prepared” misses the mark. Instead, he says people should think about postponing their outdoor adventure; if you do head out, think twice and consider "no go" areas. In the past, his group has turned around and said “no” to stay safe.

“There have been days where we've very much made the decision that we are going to back off of what we came to ski because we felt the conditions were unsuitable and scary and just not where we wanted [them] to be at that point in time,” he says.

When he’s in the backcountry, Hoyt tells Glacier Media he’s never run into people who were not prepared.

"The closure doesn't signal much. It doesn't necessarily mean that it'll be enforced in any way, shape or form, and I don't think that's a feasible ask,” he says.

For Hoyt, it’s more important to "pick your battles" and to ski or snowmobile in areas where there’s reduced hazard.

It’s about mindset too, according to the Vancouver resident, who says any day out in the woods is a good day.

He recalls receiving that sage advice when he first started backcountry skiing.

“Even if you just go for a walk in the woods, you have to go in with that mindset that you're just gonna have fun, even if it's not what you came for.”