Judge wrong not to sentence engineer to jail for sex assault: Appeal Court 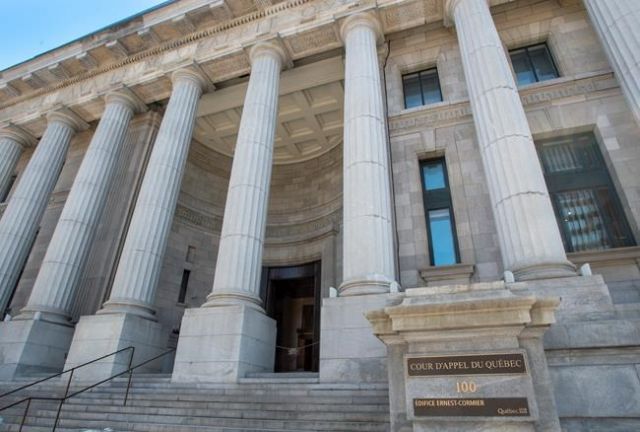 Photo: The Canadian Press
The Court of Appeal of Quebec is seen in Montreal, Wednesday, March 27, 2019. The Quebec Court of Appeal has overturned a conditional discharge given to an engineer who pleaded guilty to sexual assault and voyeurism and sentenced him to 12 months in jail. THE CANADIAN PRESS/Ryan Remiorz

The Quebec Court of Appeal has overturned a conditional discharge given to an engineer who pleaded guilty to sexual assault and instead imposed a 12-month jail sentence.

In a written decision released today, the court found that the trial judge made errors in deciding Simon Houle's sentence, leading him to diminish the seriousness of the crimes and Houle's level of responsibility.

Quebec court Judge Matthieu Poliquin's decision last June to grant Houle probation and a conditional discharge — in part because a conviction would have made it hard for Houle to travel for his job as an engineer — caused an uproar in the province.

In its ruling, the Appeal Court said the difference between a conditional discharge and the sentences that had been imposed in similar cases was too large and risked undermining public confidence in the justice system.

In November, prosecutors charged Houle with breaching the conditions of his original sentence after a Quebec woman accused him of making gestures of a sexual nature toward her in Cuba.