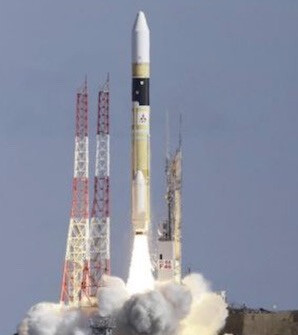 US, Germany to send tanks 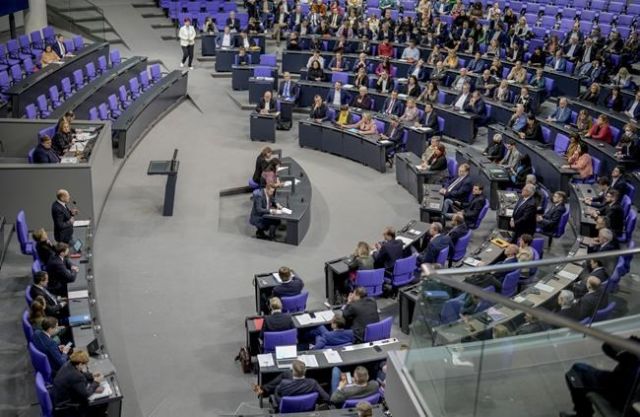 Germany and the United States said Wednesday they will send battle tanks to Ukraine, the first stage of a coordinated effort by the West to provide dozens of the heavy weapons to help Kyiv break combat stalemates as Russia’s invasion enters its 12th month.

U.S. President Joe Biden said the U.S. will send 31 M1 Abrams battle tanks to Ukraine, reversing months of persistent arguments by Washington that the tanks were too difficult for Ukrainian troops to operate and maintain.

The U.S. decision follows Germany agreeing to send 14 Leopard 2 A6 tanks from its own stocks. Germany had said the Leopards would not be sent unless the U.S. put its Abrams on the table, not wanting to incur Russia’s wrath without the U.S. similarly committing its own tanks.

“This is the result of intensive consultations, once again, with our allies and international partners,” Chancellor Olaf Scholz told German lawmakers. “It was right and it is important that we didn’t let ourselves be driven (into making the decision).”

“With spring approaching, Ukrainian forces are working to defend the territory they hold and preparing for additional counter offenses,” Biden said. “To liberate their land, they need to be able to counter Russia’s evolving tactics and strategy on the battlefield in the very near term.”

Ukrainian President Volodymyr Zelenskyy expressed satisfaction at the news. Several European countries have equipped their armies with Leopard 2 tanks, and Germany's announcement means they can give some of their stocks to Ukraine.

“German main battle tanks, further broadening of defense support and training missions, green light for partners to supply similar weapons. Just heard about these important and timely decisions in a call with Olaf Scholz,” Zelenskyy wrote on Twitter. “Sincerely grateful to the chancellor and all our friends in (Germany).”

The long-awaited decision came after U.S. officials revealed Tuesday a preliminary agreement for the United States to send M1 Abrams tanks to help Ukraine's troops push back Russian forces that remain entrenched in the country's east almost a year after Russia invaded its neighbor. The officials spoke on condition of anonymity because the decision has not yet been made public.

It is not clear when or how the tanks would be delivered to Ukraine, or how soon they could have an impact on the battlefield. Military analysts have said Russian forces are thought to be preparing for a spring offensive.

The $400 million package announced Wednesday also includes eight M88 recovery vehicles — tank-like tracked vehicles that can tow the Abrams if it gets stuck.

Altogether, France, the U.K., the U.S., Poland, Germany, the Netherlands and Sweden will send hundreds of tanks and heavy armored vehicles to fortify Ukraine as it enters a new phase of the war and attempts to break through entrenched Russian lines.

While Ukraine's supporters previously have supplied tanks, they were Soviet models in the stockpiles of countries that once were in Moscow's sphere of influence but are now aligned with the West. Zelenskyy and other Ukrainian officials insisted their forces need more modern Western-designed tanks.

NATO Secretary-General Jens Stoltenberg welcomed Germany’s decision. "At a critical moment in Russia’s war, these can help Ukraine to defend itself, win and prevail as an independent nation,” Stoltenberg wrote on Twitter.

Russia's ambassador to Germany, Sergey Nechayev, called Berlin’s decision to send Leopard 2 tanks to Ukraine “extremely dangerous,” saying it “shifts the conflict to a new level of confrontation and contradicts the statements of German politicians about their reluctance to get involved in it.”

Scholz had insisted that any decision to provide Ukraine with powerful Leopard 2 tanks would need to be taken in conjunction with Germany's allies, chiefly the U.S. By getting Washington to commit some of its own tanks, Berlin hopes to share the risk of any backlash from Russia.

Ekkehard Brose, head of the German military’s Federal Academy for Security Policy, said tying the United States into the decision was crucial, to avoid Europe facing a nuclear-armed Russia alone.

But he also noted the deeper historic significance of the decision.

“German-made tanks will face off against Russian tanks in Ukraine once more,” he said, adding that this was “not an easy thought” for Germany, which takes its responsibility for the horrors of World War II seriously.

“And yet it is the right decision,” Brose said, arguing that it was up to Western democracies to help Ukraine stop Russia’s military campaign.

German Defense Minister Boris Pistorius cautioned that it would take about three months for the first tanks to be deployed in Ukraine. He described the Leopard 2 as “the best battle tank in the world.”

“This is an important game change, possibly also for this war, at least in the current phase,” he said.

The German government said it planned to swiftly begin training Ukrainian tank crews in Germany. The package being put together would also include logistics, ammunition and maintenance.

Kremlin spokesman Dmitry Peskov described German and U.S. intentions as a “a rather disastrous plan.”

“I am convinced that many specialists understand the absurdity of this idea,” Peskov said.

“Simply because of technological aspects, this is a rather disastrous plan. The main thing is, this is a completely obvious overestimation of the potential (the supply of tanks) would add to the armed forces of Ukraine. It is yet another fallacy, a rather profound one,” the Kremlin official said.

Peskov predicted “these tanks will burn down just like all the other ones. ... Except they cost a lot, and this will fall on the shoulders of European taxpayers.” he added.

Ahead of Scholz's official announcement, members of his three-party coalition government welcomed the Cabinet's agreement to supply the domestically made tanks.

However, two smaller opposition parties criticized the move. The far-right Alternative for Germany, which has friendly ties to Russia, called the decision “irresponsible and dangerous.”

“Germany risks being drawn directly into the war as a result,” party co-leader Tino Chrupalla said.

Scholz sought to reassure people in his country who were concerned about the implications of sending tanks to Ukraine.

“Trust me, trust the government,” he said. “By acting in an internationally coordinated manner, we will ensure that this support is possible without the risks to our country growing in the wrong direction.”

Other European nations, such as Finland and Spain, indicated a willingness Wednesday to part with their own Leopard or similar battle tanks as part of a larger coalition.

Prime Minister Rishi Sunak of Britain, which had said it planned to send 14 of its Challenger 2 tanks to Ukraine, welcomed Germany’s decision to further "strengthen Ukraine’s defensive firepower."

"Together, we are accelerating our efforts to ensure Ukraine wins this war and secures a lasting peace,” Sunak said on Twitter.

Still, it isn't clear whether Ukraine will receive the estimated 300 tanks that analysts say are required to keep Russia from advancing in Donetsk, Luhansk and Zaporizhzhia provinces and to press a counteroffensive in the country's southeast.