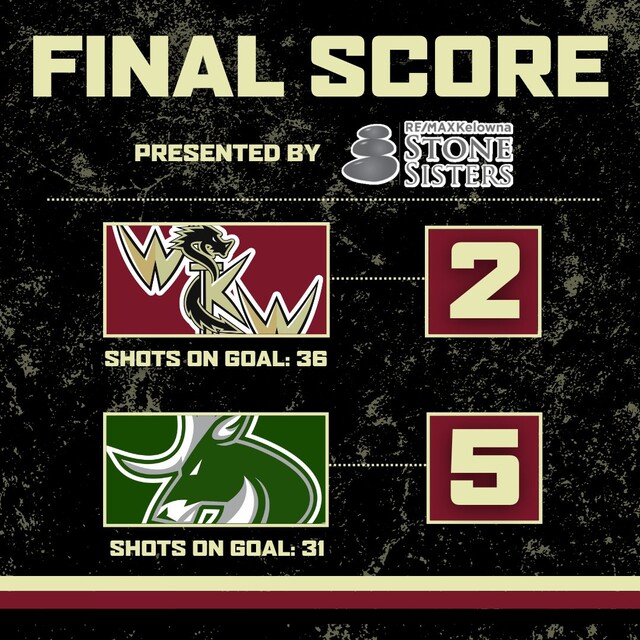 The West Kelowna Warriors got off to a rough start on their four game road trip.

Playing the first of three games in three night, the Warriors got down early and were unable to recover in a 5-2 loss to the Bucks in Cranbrook.

The game was tied at 1-1 eight minutes into the first, but Cranbrook got the go ahead marker midway through the first, then blew the game open with three unanswered goal in the second to take a commanding 5-1 lead.

The back-breaker, Jack Henry's second of the night, a shorthanded effort that gave Cranbrook a 4-1 lead.

Rylee Hlusiak got the Warriors on the board in the first, briefly tying the game at one apiece.

Justin Katz started for the Warriors but left after Cranbrook's fourth goal. Angelo Zol went the rest of the way, allowing just one goal on 13 shots in 28 minutes.

The Warriors road trip continues in Trail tomorrow and concludes Sunday in Wenatchee. The Wild will be on a high after handing Penticton its first loss of the season Friday, a 2-1 setback ending the Vees 24 game win streak to start the season.

They'll play in Vernon next Friday before hosting Penticton Saturday in their final game before the Christmas break.