Speed up shift to family care 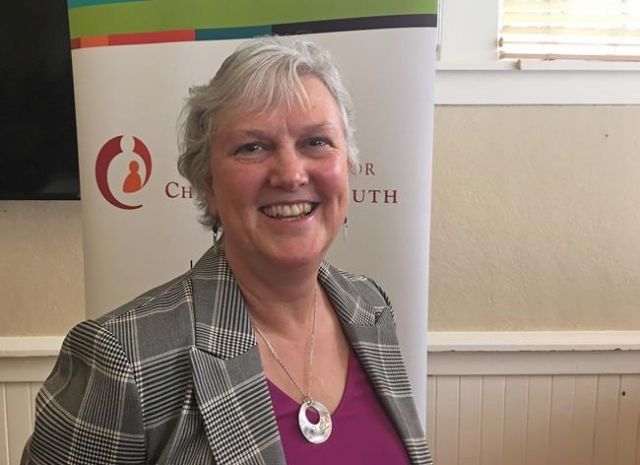 Photo: The Canadian Press
Jennifer Charlesworth, B.C.'s representative for children and youth is seen in Victoria on December 10, 2018. THE CANADIAN PRESS/Dirk Meissner

British Columbia's representative for children and youth says one of the messages she hopes comes out of a coroner's inquest into the death of an Indigenous teenager is the importance of community connections.

The body of 17-year-old Traevon Desjarlais was found in his Abbotsford group home, about 70 kilometres east of Vancouver, four days after he was reported missing in September of 2020. His death was ruled a suicide.

A coroner's jury made 18 recommendations Thursday, including calling on B.C.'s Ministry of Children and Family Development to speed up plans for a new approach to care, favouring family-based services over care by contracted staff.

Jennifer Charlesworth, B.C.'s representative for children and youth, said Friday that most of the people whom Desjarlais came into contact with during his life were paid professionals.

"And he didn't have a sense of community and belonging. He wasn't connected to culture," she said.

"So we really have to address ... what's our collective responsibility as a society to care for all children?"

The Cree teen's mother told the inquest that in the days after her son disappeared, she knocked on the doors and windows of the group home where he had been living.

Samantha Chalifoux testified she found out later that her son had been hanging in the closet of a bedroom of the same house.

The jury made recommendations for the ministry and the agencies involved in the teen's care: Rees Family Services and the Fraser Valley Aboriginal Children and Family Services Society.

They include calls for an increase in qualified Indigenous staff, more cultural awareness, better collaboration with Indigenous communities and a policy ensuring that staff are aware that missing children are to be immediately reported to the police.

Charlesworth said the jury did an "admirable job" of identifying opportunities for immediate action and the broader systemic challenges around things like culturally appropriate care, supporting Indigenous families and recognizing opportunities to prevent children from coming into care in the first place.

"And then a big thing for me is around the quality of care," she said.

"If a child needs to be in residential services because of their vulnerabilities, my God, they better have the best caregivers who have the knowledge and expertise."

She called the recommendation around accelerating the new approach on family-based services "critically important," and said the recommendations around improving the quality of care in residential settings could be implemented right away.

"These are the most vulnerable kids in the province that are in homes like this. So, I think those really stand out for me that it's critical that the quality of the caregiver is very high," she said.

The B.C. government began public engagement on a proposed redesign of the specialized homes and support services program last year.

Charlesworth said she couldn't speak to how the government was "operationalizing" the new framework because she hasn't had a recent briefing, but it was something her office would be monitoring.

Minister of Children and Family Development Mitzi Dean was unavailable for an interview, however she said in a statement that her ministry is reviewing the recommendations from the jury and it remains focused on ensuring B.C.’s care system is a safe and supportive place for every child and youth in the province.

"We know that for too long, there have been system-wide practices in the child-welfare system that have failed Indigenous children. We are working to change this. While the number of Indigenous children and youth in care is now the lowest in over 20 years, there is much more work to do," the statement said.

Provincial figures show Indigenous children remain overrepresented in the child welfare system, comprising 10 per cent of the province’s child and youth population, yet representing 68 per cent of the children in care.