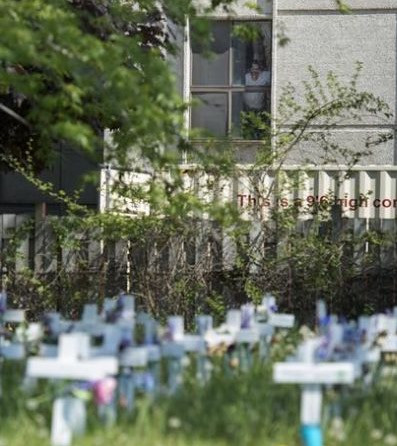 Canada considering if critical mineral exports to China should be limited: Wilkinson

Photo: The Canadian Press
A tapper tapps nickel-copper matt in the flash furnace of Vale SA smelter complex in Copper Cliff, Ont., Wednesday, Dec. 8, 2010. Canada's new $4 billion critical minerals strategy will at first focus on the six categories of metals and minerals with the biggest potential for growth. THE CANADIAN PRESS/Gino Donato

Nor will it prevent companies from taking advantage of any of the $3.8 billion in promised investments if they intend to ship the metals produced to non-democratic countries.

But Wilkinson said the federal government is looking at whether new policies are needed to limit where Canadian critical minerals can be exported.

"That is something that we are obviously live to and are discussing internally," he said.

The 58-page strategy is the culmination of several years of consultations and is intended to help Canada take advantage of what Wilkinson repeatedly calls a "generational opportunity."

In 2020 the World Bank predicted that demand for critical minerals — dozens of metals and minerals like lithium and copper that are used in batteries and clean energy generation — will soar by 500 per cent by 2050.

Currently China is the powerhouse performer in the field as the top producer of a number of elements and the leader when it comes to refining and processing most of them for use in battery production and other technology manufacturing.

The need to solidify supplies of these minerals among Canada's allies took on new urgency this year after the Russian invasion in Ukraine and the ensuing energy crisis in Europe, which has heavily depended on Russia for natural gas and oil.

Wilkinson said that was a strategic mistake that should not be repeated with critical minerals.

"Western countries are increasingly concerned about being dependent on a small number of non-democratic jurisdictions for critical mineral supply and processing," he said.

Earlier this fall, Innovation Minister François-Philippe Champagne announced a policy to review and limit the investments of state-owned enterprises in Canadian critical mineral projects. Three Chinese companies have been ordered to divest their Canadian holdings so far, and at least one of those sales has now happened.

That project is still in development. But Sinomine is also the owner of the Tanco mine in Manitoba, which a year ago began producing lithium again. All of it is being shipped to China for processing.

Pierre Gratton, president of the Mining Association of Canada, said export controls would be "a very heavy stick," but given the huge demand all over the world he does not expect it would be a major problem to find other customers.

"None of us in our industry are blind to the fact that the world is changing," Gratton said.

"I think I've heard deputy prime minister (Chrystia) Freeland say we're re-entering some kind of new Cold War. And that is definitely going to change investment and trade flows; it already has. And we'll just have to see how it evolves."

Gratton had high praise for the new strategy Friday, calling it a thorough and articulate road map that will help drive investment to the Canadian mining industry.

"It's a pretty exciting time for the industry," he said. "It's hard not to feel pretty optimistic about this."

Canada has deposits of most of the 31 critical minerals on its list, but is choosing in its strategy to initially focus on the six with the greatest potential for growth.

Those include lithium, graphite, nickel, cobalt, copper and the group of 17 metals and minerals known as rare earth elements.

There are already significant mining operations in nickel, copper and cobalt, as well as smaller graphite operations.

Canada is not a commercial producer of rare earth elements, though it does have some of the largest-known deposits. The Tanco mine in Manitoba is the only lithium mine operating now, but at least one more is on tap to reopen in Quebec next year.

The strategy and the $3.8 billion investments in the 2022 federal budget are designed to encourage new exploration, expedite regulatory and environmental reviews, build infrastructure where needed to support the discovery of new deposits, and build equity partnerships with Indigenous people.

Sharleen Gale, chief of the Fort Nelson First Nation and chair of the First Nations Major Projects Coalition, said every mine and battery mineral processing facility must include "meaningful" partnership with the affected First Nations.

She said the coalition appreciates the strategy but is encouraging the government to go even further.

"This includes taking measures to ensure that proponents of battery mineral infrastructure approach Indigenous nations in the earliest stages of these projects, and that an option for equity is always part of the proposed critical battery mineral projects on Indigenous lands," she said.

Clean Energy Canada says the battery supply chain opportunities could contribute up to $48 billion a year to Canada's economy by 2030 and support as many as 250,000 jobs.