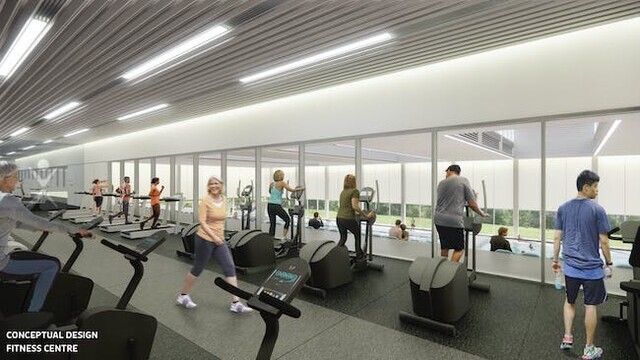 Site work has begun at the home of Vernon's future Active Living Centre.

An update to Vernon city council notes an environment assessment of the site is nearing completion.

"An inventory of wetlands found on the site has been completed and the project team will be working with the province on the Water Sustainability Act requirements for development of the endorsed concept," the report states.

Council endorsed the Kin Racetrack Athletic Park concept design in June, which would see the new recreation centre become the centrepiece of the park located at 43rd Avenue and Old Kamloops Road, beside Kal Tire Place.

The centre was approved in a referendum in conjunction with October's municipal election, and its passage OK'd the borrowing of $121 million to build the facility.

Meanwhile, a traffic impact assessment is in progress for the site, which will consider impacts to 43rd Avenue, Alexis Park Drive, Old Kamloops Road and Highway 97.

That work is expected to be complete in early spring.

An archaeological overview assessment has been completed.

It identified two areas in the park that display potential for subsurface archaeology finds. Further investigation work is planned for 2023.

A stormwater management plan is also being developed, with completion scheduled for spring.

Preliminary geotechnical work has been completed, and more detailed investigation will be required following the stormwater plan.