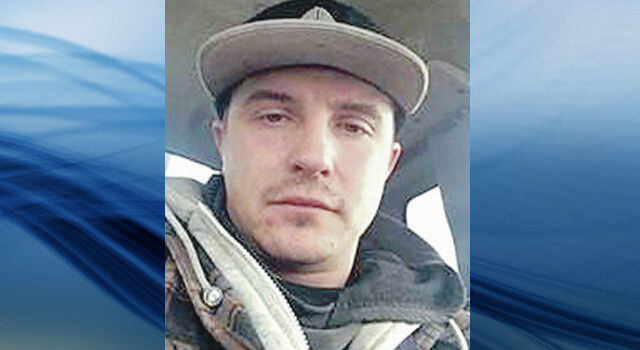 A man who used his truck to push a police cruiser ­perilously close to a gas pump while ­trying to escape arrest has been s­entenced to 18 months in jail and ordered to pay restitution to the police department and the gas station.

Johnathan Pocetti, 29, was convicted of assaulting a police officer with his vehicle, ­dangerous driving, driving while prohibited, failing to stop while being pursued by police and ­mischief causing more than $15,000 damage to a Central Saanich police cruiser.

At Pocetti’s sentencing ­hearing last month, Victoria provincial court Judge Michael Munro described the incident, which unfolded in less than a minute and was captured on the gas ­station’s surveillance ­cameras.

Munro found that Pocetti was not attempting to assault the police officer but to escape the situation.

“It was clear that he was an uninsured, prohibited driver and he was probably aware that there was an active warrant for his arrest,” said the judge.

Pocetti was returning to his truck when he was surprised by a police officer who wanted to speak to him about a traffic infraction.

He initially backed up his vehicle to avoid the officer, but “the officer moved in, in an aggressive manner, to try and pin him in and stop any further evasion,” said Munro.

Pocetti did not co-operate and his vehicle got pinned up against the curb close to the storefront.

“Then there’s a pushing match of sorts which occurs in a matter of seconds, both vehicles pushing on one another and ultimately, Mr. Pocetti’s truck gets hooked onto the front of the police cruiser,” said Munro.

The officer got out of the car, which was in park and still running. The officer’s weapon was drawn, said Munro.

“The officer says he hears what he thinks is the brake line breaking and sure enough, Mr. Pocetti is able to more forward, pushing the police cruiser in a most dangerous fashion … endangering the wellbeing of the officer and members of the public who are busy going about their day on a busy afternoon. Only but for the grace of God did the vehicle not slam into a gas pump,” said the judge.

Crown prosecutor Patrick Weir sought a sentence of up to 30 months for the offences. Defence lawyer Chantelle Sutton asked for a 12-month sentence.

Munro noted that Pocetti did not have any previous criminal convictions and has a modest driving record.

He had a traumatic and disadvantaged upbringing, he said. His father died from a serious assault when he was seven and he was raised by his mother, who suffered from addiction issues.

Pocetti was removed from her care and lived briefly with family members. He was in out and of foster care, lived with friends and has been on his own since the age of 17, said Munro.

Pocetti is completing his high school accreditation, and has been working as a heavy equipment operator.

The principles of denunciation and deterrence require that he face a period of incarceration, said Munro.

“Although, given his age, rehabilitation will not be overlooked and I will not overlook it.”

Munro imposed a driving prohibition of two years and a 10-year weapons prohibition.

Pocetti has been ordered to pay restitution of $15,921 to the municipality of Central Saanich and $8,996 to the Co-op gas station in Brentwood Bay.