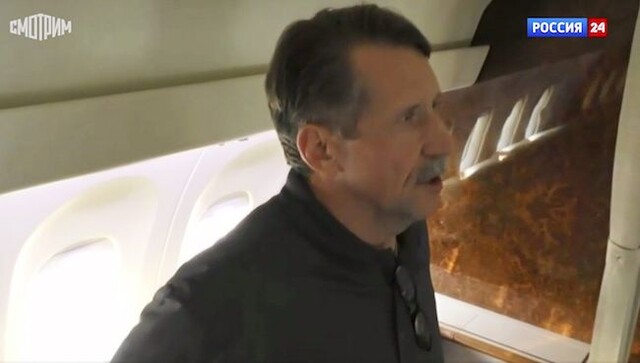 Asked whether other prisoners could be swapped, Putin replied that “everything is possible,” noting that Thursday’s exchange of Griner for Bout involved compromises.

“We aren’t refusing to continue this work in the future,” he added.

Despite negotiating the swap for WNBA star Griner, the most high-profile American jailed abroad, the U.S. failed to win freedom for another American, Paul Whelan. Whelan, a Michigan corporate security executive, has been imprisoned in Russia since December 2018 on espionage charges that his family and the U.S. government have said are baseless.

Bout, dubbed the “Merchant of Death” for providing arms for some of the world’s worst conflicts, was seen in Russia as unjustly imprisoned after an overly aggressive U.S. sting operation.

A day after returning to his homeland after 14 years in a U.S. prison, he said the West was bent on destroying Russia.

Speaking in an interview for RT channel with Maria Butina, who also served 18 months in a U.S. prison after being convicted of acting as an unregistered foreign agent in the United States, Bout said he was struggling to control his emotions after his imprisonment.

“The West believes that it has failed to finish us off when the Soviet Union began to collapse,” Bout said. “And our efforts to live independently, be an independent power is a shock to them.”

Russian state media hailed his release, carrying the footage of him talking to his family from a private jet following a swap at Abu Dhabi's airport and then embracing his wife and his mother on a snowy tarmac in Moscow.

Kremlin spokesman Dmitry Peskov said that the Griner-Bout exchange was agreed to between Russian and U.S. intelligence agencies, and that contacts were held exclusively to hammer out its specifics.

“It has no impact on the overall state of bilateral ties that looks sad," Peskov said in televised remarks.

U.S. officials said they did not see an immediate path to bringing about Whelan’s release, saying Russia has treated his case differently because of the “sham espionage” charges against him. Still, they said they believe communication channels with the Russians remain open for negotiations about his freedom.

Peskov said that “special services may continue their work if necessary,” and also noted the role of the UAE and Saudi Arabia in helping broker the swap.