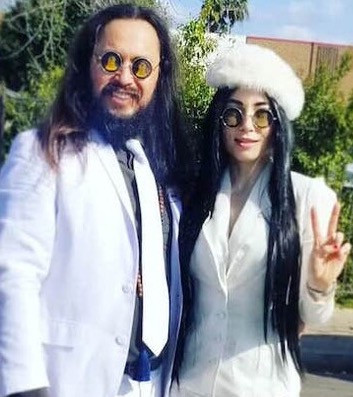 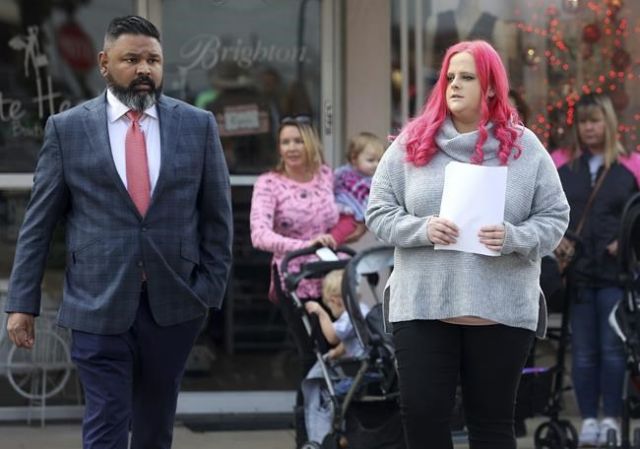 Photo: The Canadian Press
Maitlyn Gandy, right, and attorney Benson Varghese arrive at Wise County Courthouse in Decatur, Texas, to give a statement about the death of Gandy's daughter, Athena Strand, 7, on Thursday, Dec. 8, 2022. Strand was was kidnapped and killed late last week allegedly by a FedEx delivery driver. (Amanda McCoy/Fort Worth Star-Telegram)/Star-Telegram via AP)

The FedEx driver accused of abducting and killing a 7-year-old girl last week in Texas told authorities that he strangled her after accidentally hitting her with his van while making a delivery at her home, according to an arrest warrant obtained Thursday.

Tanner Lynn Horner, 31, told investigators that Athena Strand wasn't seriously hurt after he hit her while backing up, but he panicked and put her in his van. He said she was talking to him and told him her name, according the warrant.

Athena was found dead on Dec. 2, two days after she was reported missing from the home of her father and stepmother in Paradise, a town of fewer than 500 people about 60 miles (100 kilometers) northwest of Dallas.

Horner remained jailed Thursday on charges of capital murder and aggravated kidnapping. His bond is set at on $1.5 million. Jail records did not list an attorney who could speak on his behalf.

Wise County Sheriff Lane Akin has said that they knew early on that a delivery had been made at the girl’s home at about the same time that she disappeared. Akin has said she was killed about “an hour or so” after being kidnapped.

Athena's mother, Maitlyn Gandy, spoke at an emotional news conference on Thursday outside Wise County courthouse in Decatur, about 10 miles (16 kilometers) northeast of Paradise. She said that she wanted everyone to know about the “amazing little girl” who would have received the Christmas present that driver dropped off the day she disappeared.

“I was robbed of watching her grow up,” said Gandy as she stood beside the present, a box of “You Can Be Anything” Barbies.

Gandy said that Athena had been set to return home to her in Oklahoma after Christmas break.

“Now, instead, Athena will be cremated and she will come home in an urn because I’m not even, I’m not anywhere close to being ready to let my baby go,” she said.

Gandy said her daughter, who loved school and her friends in the first grade, also "loved dancing, singing and all animals: dogs, cats, horses, lizards and chinchillas.”

She said Athena loved flowers, and also wasn't afraid to get “down in the mud with the boys.” “She was her father’s daughter," Gandy said.

She thanked the community, saying they “flew into action” from the moment Athena went missing and she's been seeing people everywhere wearing pink in her daughter's honor. At a vigil Tuesday night in Paradise, many of the mourners gathered to remember Athena wore pink.

“I ask everyone to hold your littles just a little tighter for me,” Gandy said.

Gandy was joined at the news conference by her attorney, Benson Varghese, who said they were looking into anyone “involved in the decisions that were made that led to this tragic loss.”