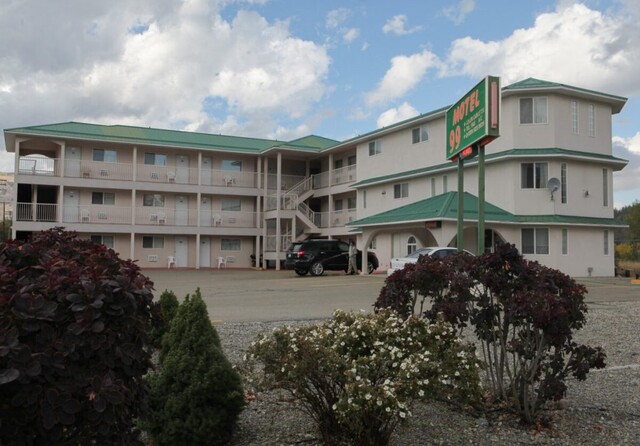 A Grand Forks man was recently handed a five-year sentence for possession for the purpose trafficking of fentanyl, carfentanil and methamphetamine, less than two months after he was first sentenced for selling drugs out of the same hotel.

Police executed a search warrant at Hotel 99 in Grand Forks on March 13, 2021, where 48-year-old Peter Kazakoff was living and working as a maintenance worker.

While Kazakoff claimed the drugs were all for his own personal use, Justice Matthew Kirchner convicted him in June of three counts of possession for the purpose of trafficking.

Kazakoff was on bail at the time of the 2021 police raid. Police had executed a search warrant at Kazakoff's unit at the very same hotel in January 2020, and officers found smaller amounts of cocaine, methamphetamine and fentanyl. In May of this year, he was convicted of trafficking in cocaine and methamphetamine, and possession of fentanyl for the purpose of trafficking, and he was sentenced to 18 months jail.

“The [2020] charges were similar to the present ones and this demonstrates that Mr. Kazakoff was undeterred by the investigation, the arrest, and the proceedings [from the 2020 charges],” Justice Kirchner wrote. “I agree with the Crown that this suggests a lack of deterrence.”

The Crown had sought a six-year total sentence for the three charges stemming from 2021 raid of his hotel room, while Kazakoff argued a two-year sentence followed by three years of probation would be appropriate.

Kazakoff's criminal record dates back to 1995, when he was just 21 years old. He was born in Salmo, B.C., and has dealt with opioid addiction for 27 years. In 2010, he received a suspended sentence for possession of a controlled substances for the purpose of trafficking.

Justice Kirchner noted that Kazakoff was doing his own mixing of fentanyl and carfentanil with other substances.

“The risk of overdose death is heightened with fentanyl because of its potency and because traffickers typically use imprecise methods that can result in uneven distribution of the drug in a mix,” Justice Kirchner noted, referencing the BC Court of Appeal.

“This can leave concentrations of fentanyl or so-called 'hot spots' which increase the risk of overdose. That risk is much more serious when dealing with carfentanil given its extreme potency.”

In 2021, 2,268 British Columbians died due to illicit drug toxicity, 29 of whom died in the Kootenay Boundary health services delivery area.

But while Justice Kirchner agreed with the Crown's position, he ultimately reduced it to five years, taking into account Kazakoff's recent other conviction and 18-month sentence.

“In my view, looking at the sentences in their totality, this pushes the sentences to a higher range than I consider to be consistent with Mr. Kazakoff's overall culpability and the mitigating factors I have discussed,” Justice Kirchner ruled.

“In my view, a term of incarceration of seven-and-a-half years in totality for the two sets of offences is out of proportion to Mr. Kazakoff's overall culpability.”