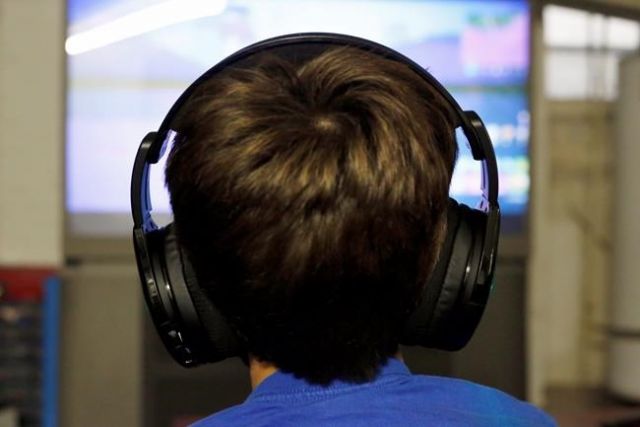 Photo: The Canadian Press
A boy plays "Fortnite" in the early morning hours in the basement of his Chicago home on Oct. 6, 2018. A Quebec judge has authorized a lawsuit brought by parents whose children allegedly became addicted to the highly popular game Fortnite. THE CANADIAN PRESS/AP, Martha Irvine

A Superior Court judge has authorized a lawsuit brought by Quebec parents who allege their children became addicted to the popular online video game Fortnite.

Justice Sylvain Lussier issued the ruling on Wednesday after hearing arguments in July regarding the class-action request from three parents who described how their children had symptoms of severe dependence after playing the game.

"The court concludes that there is a serious issue to be argued, supported by sufficient and specific allegations as to the existence of risks or even dangers arising from the use of Fortnite," the judge ruled, noting that the action "does not appear frivolous or manifestly ill-founded."

The firm that brought the suit, Montreal-based Calex Legal, has drawn parallels to a landmark civil suit mounted against the tobacco industry in Quebec, which alleged an intent to create something addictive without proper warning.

"Our motion was heavily inspired by the tobacco motion just in terms of what we were alleging," lawyer Alessandra Esposito Chartrand said in an interview. The manufacturer's legal responsibility is "basically the same," she added.

The parents alleged the game was deliberately made highly addictive and has had a lasting effect on their children, but the court did not go that far.

"The court finds that there is no evidence for these allegations of the deliberate creation of an addictive game," the judge noted. "This does not exclude the possibility that the game is in fact addictive and that its designer and distributor are presumed to know it."

One of the parents, identified by initials in the filings, said their son had played 6,923 games and got angry when his parents tried to limit his game time, including by putting a lock on the computer. Another child played more than 7,700 times in two years playing a minimum of three hours a day. All reported behavioural issues.

The judge authorized the lawsuit for any players residing in Quebec since Sept. 1, 2017, who have become addicted after playing Fortnite Battle Royale, made by U.S.-based Epic Games Inc., exhibiting a host of repercussions on activities including family, social, educational or professional.

There is no dollar figure attached to the lawsuit, with any potential compensation to be determined by the court.

A second category in the class action will look at in-game purchases, with the court declaring purchasers under the age of 18 could be eligible for restitution and a refund of their money.

As of Wednesday, Esposito Chartrand said 200 people have come forward.

Epic Games did not respond to a message seeking comment on Thursday. The defendants have 30 days to seek permission to appeal.

The company's lawyers had argued before the court that the evidence provided was insufficient and that video game dependence is not a recognized condition in Quebec, adding that the American Psychiatric Association says there is insufficient evidence to classify it as a unique mental disorder.

The judge said those issues would be argued on the merits, but noted the World Health Organization in 2018 declared video game addiction, or “gaming disorder,” a disease.

"The fact that American psychiatrists have requested more research or that this diagnosis has not yet been officially recognized in Quebec does not make the claims in question 'frivolous' or 'unfounded,'" Lussier wrote.

"The harmful effect of tobacco was not recognized or admitted overnight," he added.