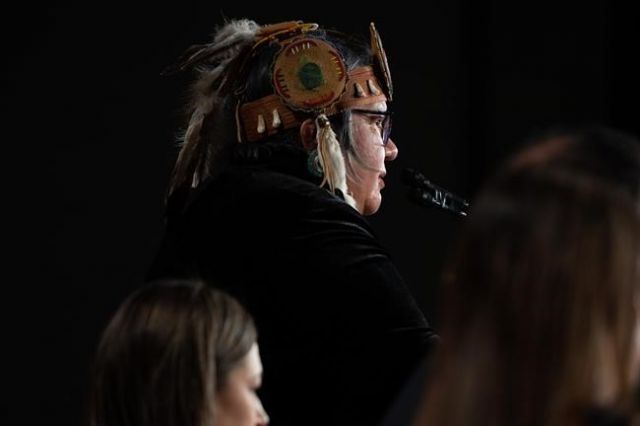 An amendment to Bill C-21, which is currently being debated by members of Parliament, aims to create an evergreen definition for "assault-style" weapons and enshrine it in law, allowing the government to ban hundreds of models of firearms.

Some First Nations leaders say they're concerned to see rifles used for hunting on the list and voted to take a stand against the bill, which they say infringes on their treaty rights.

He says these guns are a "tool," not a weapon.

The AFN, a national advocacy organization representing more than 600 First Nations across the country, had previously raised concerns about the legislation's potential effects on hunting rights at a meeting of the House of Commons committee that is studying the bill.

On Thursday, chiefs carried an emergency resolution that was brought to the floor with unanimous support at their special assembly. It called on the AFN to push the government to make changes to the bill, including ensuring that long guns used by First Nations hunters do not fall under the ban, and improve its consultations with affected groups.

Their vote came as Public Safety Minister Marco Mendicino and Prime Minister Justin Trudeau were set to address the gathering in Ottawa on Thursday afternoon.

Federal NDP Leader Jagmeet Singh, who addressed chiefs earlier in the day, told them he shares their concerns about the legislation's effect on treaty rights.

Conservative Leader Pierre Poilievre, who is one of the most vocal critics of the bill and the amendment, didn't appear in person to deliver his first message to the chiefs as party leader. His office said he was out of town.

Instead, Poilievre provided a short video, in which he spoke about his support for helping nations achieve economic reconciliation. It was played before chiefs were set to debate a set of resolutions regarding residential school survivors.

After the video ended, a few boos could be heard from the audience. Nipissing First Nation Chief Scott McLeod walked to a microphone in the room and pleaded with organizers to "not ever again put a video like that ahead of our residential school survivors," which earned applause from the crowd.