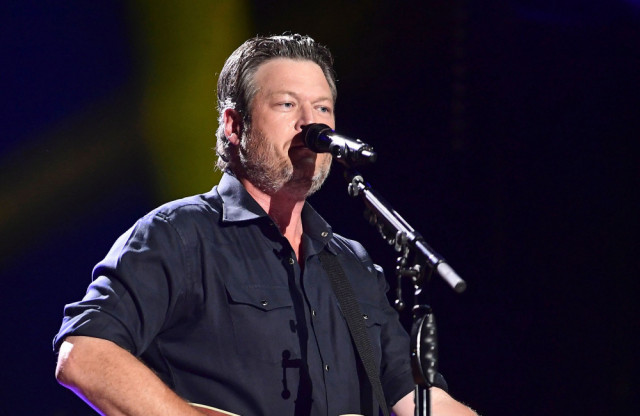 Blake Shelton can't walk away from the music industry.

The 46-year-old singer is set to embark on a tour in February, and Blake remains hugely passionate about his work.

He shared: "Walking away from music, you might as well just poison me or something. That's not something I can go without. I can't help it."

Despite this, Blake isn't in a hurry to release another album.

The chart-topping star - who released his debut album in 2001 - told People magazine: "I'm really at a crossroads right now.

"The country music lane is changing so rapidly, and there's some really good stuff out there. These young kids coming up, it's amazing to see the music that they're making and how creative they are."

Blake is also keen to spend some quality time with his wife, Gwen Stefani.

And the 'Honey Bee' hitmaker feels that he's found a healthy work-life balance over recent times.

He said: "I can control the timing, and I'm not on anybody else's schedule when it comes to making a record or touring. I can fit it in a way that makes more sense for us."

Earlier this year, Blake announced his departure from 'The Voice'.

The singer confirmed that he would leave the NBC show at the end of season 23.

Blake - who has been an ever-present on the show - said in a statement: "I’ve been wrestling with this for a while and I’ve decided that it’s time for me to step away from 'The Voice' after season 23.

"This show has changed my life in every way for the better and it will always feel like home to me.?It’s been a hell of a ride over these 12 years of chair turns and I want to thank everyone at 'The Voice' from NBC, every producer, the writers, musicians, crew and catering people, you are the best."