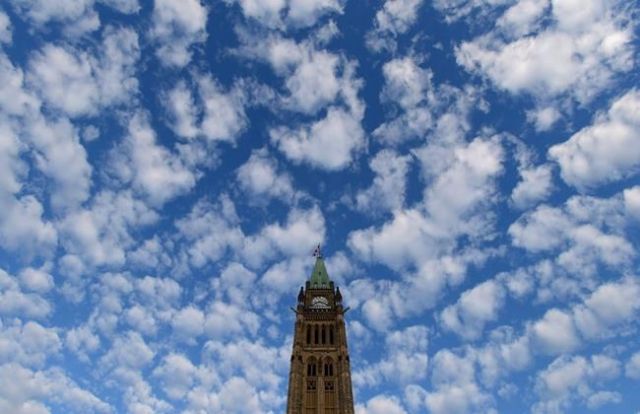 Photo: The Canadian Press
The Peace Tower is seen on Parliament Hill in Ottawa on November 5, 2013. Veteran journalist Dean Beeby says reporters are abandoning the federal Access to Information Act as a research tool because turnaround times are terrible and getting worse.THE CANADIAN PRESS/Sean Kilpatrick

Reporters are abandoning the federal Access to Information Act as a research tool because turnaround times are terrible and getting worse, veteran journalist Dean Beeby told MPs studying the federal law.

The access law allows journalists and others who pay a $5 fee to request documents — from internal emails and expense claims to briefing memos and studies — but it has long been criticized as antiquated and poorly administered.

Federal agencies are supposed to respond within 30 days or provide valid reasons why they need more time to process a request.

The law has not been significantly updated since its introduction almost 40 years ago, and many users complain of lengthy delays as well as heavily blacked-out documents or full denials in response to their applications.

A House of Commons committee is reviewing the access law — by Beeby's count, at least the 16th broad study of the federal act since it was passed.

Beeby, an independent journalist who spent much of his career at The Canadian Press, said Wednesday that bureaucrats now realize they face a much bigger blowback from releasing information than from withholding it.

In addition, the law provides a rich menu of excuses to keep things buried, he said. "So when stale-dated access documents finally do arrive on a reporter’s desk, they’ve been picked clean of meaningful contents."

"And 40 years is frankly, well, a long time without making any concerted efforts to solve the problem," he told the MPs.

"So let me put it another way: Don't put duct tape on a Formula One race car's broken chassis and expect it to put in competitive lap times, let alone win races or world championships," Jolly said.

"What I would suggest you do is retire the car, get it fixed properly for the next time out and start over again."

Andrea Conte, an independent researcher who uses the access law to try to obtain historical records, said the system has too many root problems to be reformed.