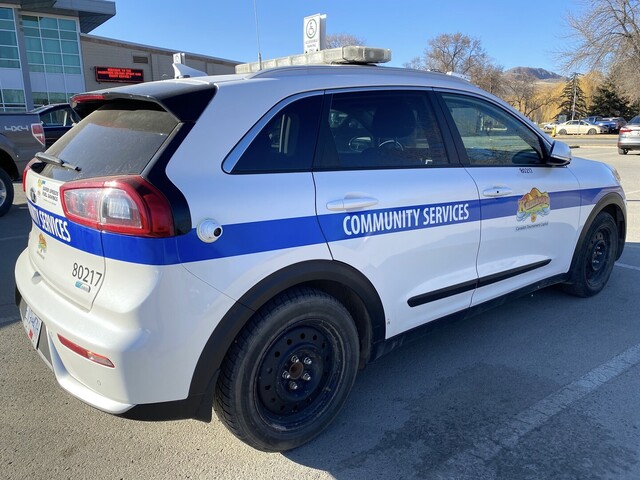 City of Kamloops staff are looking into more permanent sources of funding — including taxation — for a program which pairs community services officers and outreach workers to patrol city streets and provide support to the homeless.

The CSO Outreach and Response Program, launched this fall, is currently funded by a grant provided through the Union of B.C. Municipalities.

During a council meeting on Tuesday, Byron McCorkell, the city’s community and protective services director, said the program is currently in its early stages but is “seeing success,” and staff are looking into how the city can transition to other sources of funding if council wishes to see the program continue.

“The funding right now is primarily coming through grant sources, which will come due basically in the middle of the summer. . … There’s a conversation around the budget and do we prepare with the perspective that we may not get a grant, and then what does that look like from the staffing model?” McCorkell said.

“What we'll be coming to you with is a conversation around our protective services reserves and how we might be able to transition from grants through reserves into a tax draw at some point in the future if council wishes to continue with the program.”

McCorkell said a proposal would be coming to council early in the new year.

According to the city, the CSO Outreach and Response Program has cost $468,000 in grant funds, paid for through the Union of B.C. Municipalities' Strengthening Communities' Services program, which aims to support unhoused people and address related neighbourhood impacts.

The program sees CSOs and outreach workers from ASK Wellness and the Canadian Mental Health Association Kamloops patrol by bike, foot and in vehicles to support a safe environment in commercial centres and in areas around shelter sites.

The program operates 16 hours per day, from 8 a.m. until midnight, seven days a week.

According to the city, this year, grant funds provided through UBCM are also going towards the Sharps Recovery Peer Program, the Envision outreach shuttle and security patrols in commercial corridors, among other programs.