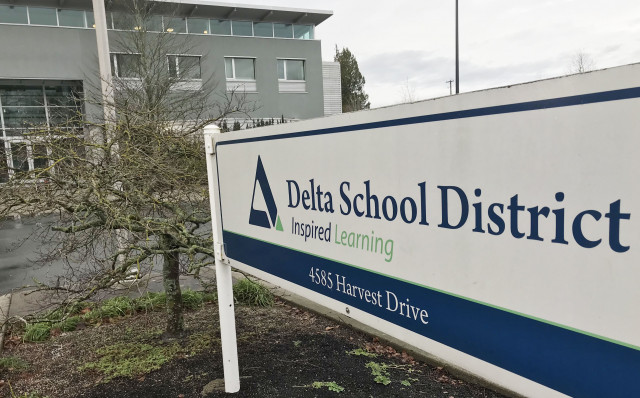 Photo: Sandor Gyarmati/Delta Optimist.
The Delta teacher did not dispute the allegations. The school where she taught was not identified.

Cindy Chi-Ching Tong admitted that she told her Grade 2 students how when she was a student in elementary school had bullied other students, including making someone eat an orange rind and smearing dog feces on the locker of another. She also said she punched a student in high school and had run away from home.

She had also shown movies during class and several were rated PG-13. One of the films she played was the R-rated John Carpenter horror movie “Halloween”.

“Some of the students reported feeling frightened after watching this film. Tong showed the films to her class at least once a week, sometimes over lunch and sometimes during instructional time. In November 2020, Tong showed her students movies for two days in a row so that she could complete her report cards,” the consent resolution agreement stated.

Tong, who had had also played a virtual game with students called “Mafia” in which players would eliminate people at night, was also found to have not treated students equally in the classroom.

Tong had also committed other violations, including not having daily lesson plans and distributing a “Nature Notebooks” which included Bible verses. At Christmas, she had students copy the Bible story of annunciation into their journals.

She also told students she had bad dreams at night which sometimes came true, and she wore a necklace to stop dreams from occurring.

“If students did not understand what they were taught, Tong would appear visibly frustrated. Some of the students reported feeling afraid as a result,” the document later noted.

Tong had resigned from her position from the Delta School District effective April 30, 2021.

She was suspended for one day and was to serve the suspension on Dec. 7, 2022. She must complete a course on creating a positive learning environment. She must show that she had completed the course or may have her teaching certificate suspended.