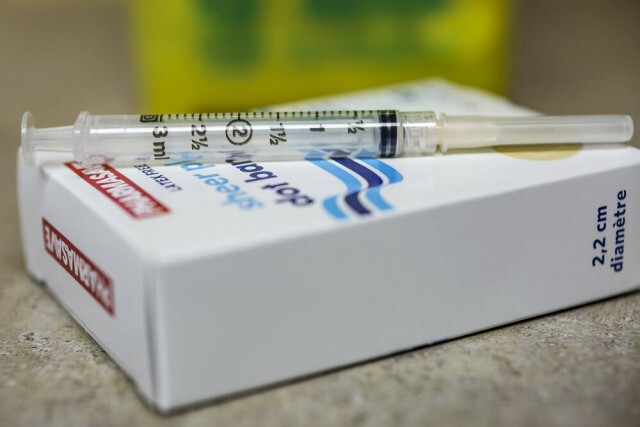 The B.C. Centre for Disease Control (BCCDC) says routine child vaccinations have kept pace with pre-pandemic levels following a brief interruption, although data showing so has not been published in over 21 months.

Dr. Monika Naus, the medical director of the BCCDC communicable diseases and immunization service, says 70 per cent of children seven years of age are up to date with all of their routine immunizations, including polio, diphtheria, tetanus, pertussis, hepatitis B, measles, mumps, rubella, varicella and meningococcal C conjugate.

The centre, however, has not updated its public data since March 2021, when it reported 69 per cent coverage for children (age seven).

“We definitely were impacted and there were delays in immunization,” said Naus, but “in the current state, that catch-up appears to have occurred, with very, very few children still lagging compared to the pre-pandemic levels.”

Naus, in an interview with Glacier Media, attributes the lack of public reporting on immunizations and other reportable disease summaries to staff being redirected nearly exclusively to the COVID-19 response.

Immunization data for 2021 will be published soon, said Naus, who also notes levels for up-to-date immunizations in 2022 for children are on the same trajectory.

With the public health response to COVID-19 reduced to recommendations on preventative measures and vaccination, Naus said the centre can be more focused on other immunizations, for which rates are a concern.

Naus said the lowest uptake of a vaccine offered in schools last year is for HPV, with just 73 per cent of girls being immunized.

“We would like to improve on that,” she said.

Measles could make a comeback in Canada, experts warn

Another concern — a longer standing one at that — has been the gradual decline of measles immunizations.

“We've definitely discussed it with our immunization committee. We had a long discussion just prior to the COVID pandemic about increasing the efforts to get that second dose into children during that four- to six-year age span,” said Naus.

The Public Health Agency of Canada (PHAC) reported last month concerns it had about lower measles immunizations. Although it had limited recent data obtained from Canadian provinces, the agency echoed concerns from the World Health Organization that vaccination coverage has steadily declined since the beginning of the COVID-19 pandemic.

"Several lines of evidence suggest that there has been a decline in routine immunizations in Canada resulting from the COVID-19 pandemic, including peer-reviewed studies as well as surveillance data from the provinces and territories, where available," stated PHAC spokesperson Anna Maddison.

WHO Director-General Dr Tedros Adhanom Ghebreyesus said last month: “The paradox of the pandemic is that while vaccines against COVID-19 were developed in record time and deployed in the largest vaccination campaign in history, routine immunization programs were badly disrupted, and millions of kids missed out on life-saving vaccinations against deadly diseases like measles."

Measles has been considered eliminated in Canada; however, communities need about 95 per cent coverage to prevent outbreaks of the highly infectious disease. The WHO said it killed 120,000 people last year, with children under age five being the most susceptible.

Naus also told Glacier Media that the rate of complete refusal of vaccines among parents of seven-year-old children is now one per cent, as opposed to 0.5 per cent pre-pandemic (meaning 99 per cent of children have had at least one vaccine).

“It may not be significant,” but, said Naus, “it's obviously something that we do need to track.”

Naus said she does not think, nor have evidence, that misinformation about the COVID-19 vaccine has sowed distrust in other vaccines. She said some studies may actually prove an opposite effect.

“It was my understanding that they've seen actually more support for immunization as a result of COVID. So keep an eye on that,” said Naus.

Naus said such trends have continued since the pandemic began in March 2020.