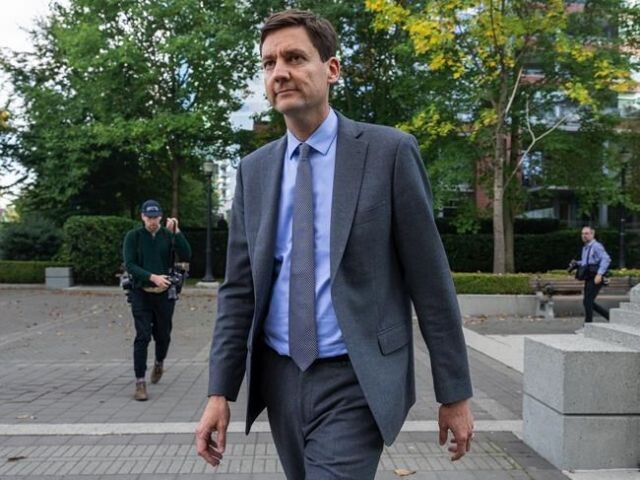 Premier David Eby said the provincial plan is needed because of the ongoing overdose crisis and because federal changes to the bail system have made it more difficult to hold people who commit repeat, violent offenses in custody until they've stood trial.

After the new plan was announced, however, a Vancouver-based advocate for criminal justice reform noticed a significant — and concerning — change to the new bail directive.

"The problem with the announcement is that it changes bail for everybody," explained Benjamin Perrin, a professor at the University of British Columbia (UBC) Peter A. Allard School of Law.

The section that Perrin refers to in the new directive states that "previous advice, advising Crown Counsel not to seek detention unless a fit sentence upon conviction would include incarceration, has been removed from the policy."

"The translation means that we should lock up people, even if they won't get jail time if they're convicted," he told Vancouver Is Awesome.

"And that is deeply problematic when we look at the context of our criminal justice system."

If someone is charged with an offense and would likely serve jail time for six months, they may plead guilty if they are denied bail because they will immediately be released.

This behaviour is a "very common phenomenon" in the judicial system that has been documented in research conducted by Canada's Commission of Inquiry, explained Perrin, who is also working on a book called Indictment: The Criminal Justice System on Trial.

In his own research, Perrin has interviewed people who plead guilty to offenses that they say they have committed because of this phenomenon. "It was worth it [for them] just to plead guilty -- even though they didn't believe that they were guilty -- so that they can get out of prison that the next day," he noted, adding that many of the people were unrepresented by lawyers and most of them were Indigenous.

The new bail directive will further amplify this kind of injustice and won't make Vancouverites safer, he added.

"It's going to make things worse, like the disproportionate incarceration of Indigenous peoples, [it will] contribute to wrongful conviction and the ongoing criminalization of poverty, mental health, and substance use disorders."

While Indigenous Peoples only represent 5.9 per cent of B.C.'s population, they make up 35 per cent of individuals in provincial custody. And since people who pose a threat to public safety could already be denied bail, Perrin questions how the new measure will keep British Columbians safer.

The Canadian Charter of Rights and Freedoms states that all people are innocent until proven guilty — and that they have the right not to be denied reasonable bail without just cause.

But BC Prosecution Service spokesperson Dan McLaughlin told V.I.A. that the number of accused persons denied bail and held in custody before trial has "dramatically increased rather than decreased" since the charter was enacted.

"That increase disproportionately affects disadvantaged and vulnerable communities," he added, noting that pre-trial detention also tends to increase the chance of recidivism.

"It also tends to aggravate the over-representation of Indigenous persons in the Canadian criminal justice system, an indisputable feature of which is systemic discrimination against Indigenous people," said McLaughlin, who remarked that it is too early to say whether the new bail directive "will further aggravate these regrettable features of the criminal justice system."

When people are released from jail after being incarcerated, there is a lack of resources available for them. Instead, they return to "precarious housing, shelters or homelessness, and back to communities where they are at high risk of returning to crime."

In light of these systemic issues, the report's authors call for improvements to the system of care of people in the criminal justice system, particularly for Indigenous peoples, people with mental health challenges, and people with substance-use disorders.

The report also highlights that there was a "decrease in charges for substantive offenses and for breaching bail conditions," which left "police and probation officers frustrated that the only tools they have to manage people who offend in the community have been virtually eliminated."

But Perrin adds that this renewed interest in the breach of bail conditions also disproportionately affects Indigenous offenders.

Examples of breaching conditions include missing a curfew -- returning to a halfway house later than the expected time -- or failing a drug test. For people struggling with substance abuse disorders, however, this can be extremely challenging.

"It perpetuates the systemic racism that has been identified," he added.

In a press conference, Eby noted that the issues facing the Downtown Eastside are "complex and long-standing" and will require an "all-hands-on-deck" approach, referring to the mix of various social services required to tackle them.

"Police can not solve the issues on the Downtown Eastside alone," he remarked.

Minister of Public Safety and Solicitor General Mike Farnworth, who spoke at the same press conference, underscored this sentiment, adding that people who call "911 need to get the response they deserve," whether that involves mental health or police response.

"Being compassionate, concerned, and taking action on mental-health and addiction issues does not mean that we have to accept repeated criminal behaviour or violence," said Eby.

"Everyone deserves to feel safe in their community."

The province intends to deploy response teams comprised of police, prosecutors, and probation officers who will focus on repeat offenders. It will also be adding 12 mental health response teams in communities across the province, some of which will be Indigenous-led.

With files from the Canadian Press