Police call not to search for women's remains "a breach of human dignity," AFN hears 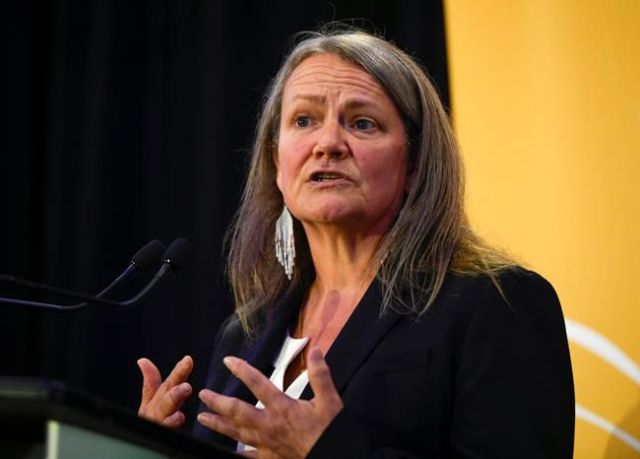 A Mohawk official tasked with helping Indigenous communities investigate unmarked graves says Winnipeg police's refusal to search for the remains of missing women in a landfill is a "breach of human dignity."

Kimberly Murray made the comment at a gathering of Assembly of First Nations chiefs in Ottawa.

Murray, a former executive director of the Truth and Reconciliation Commission of Canada, was appointed by the federal government to serve as a special interlocutor to help communities search for the remains of children who were forced to attend residential schools.

She says one of her office's guiding principles is that families and communities have a right to know what happened to these children, how they died and where they are buried.

Murray says that same right applies to the families of Indigenous women in Winnipeg whose remains are believed to be in a landfill.

She says international convention is clear that they have a right to know.

Winnipeg police say they believe Morgan Harris and Marcedes Myran were victims of a serial killer, and that their bodies ended up in landfill outside the city.

But the head of forensics has said it wouldn't be feasible to do a search given how much time has passed and how much has been dumped at the site, which is regularly compacted using heavy equipment.