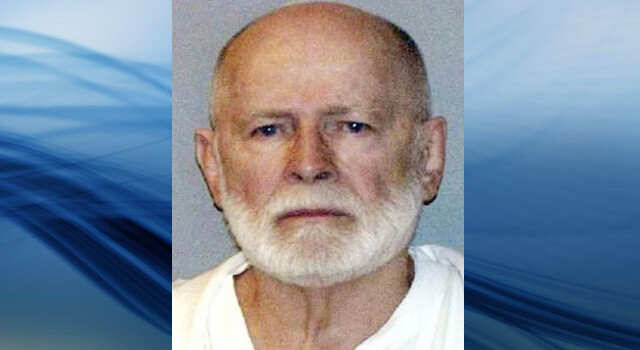 A series of missteps by federal Bureau of Prisons officials preceded the October 2018 beating death of notorious Boston gangster James “Whitey” Bulger, the Justice Department’s inspector general said in a report on Wednesday.

The watchdog is recommending that at least six Bureau of Prisons workers be disciplined, according to the report. The inspector general found no evidence that there was “malicious intent” by any bureau employees involved in decisions made before Bulger’s slaying but found multiple levels of management failures that left Bulger at the mercy of rival gangsters behind bars.

The report found that Bureau of Prisons officials tried several times to downgrade Bulger's medical status, meaning he could be moved to other prisons, and then moved him from being housed alone at a Florida prison to being housed in the general population at a West Virginia prison. It said the officials had shared information about Bulger’s prison transfer widely.

“In our view, no BOP inmate’s transfer, whether they are a notorious offender or a non-violent offender, should be handled like Bulger’s transfer was in this instance,” the report said.

The report is the latest example of a serious failure by the Bureau of Prisons, which has been under increasing scrutiny from Congress and the public after the deaths of several high-profile inmates, including Bulger and wealthy financier Jeffrey Epstein, who died in custody in 2019. An Associated Press investigation has found myriad crises within the agency, including widespread criminal conduct by employees, rampant allegations of sexual assault and significant staffing shortages that have hampered responses to emergencies.

In response to the report's findings, prisons officials have improved communications between workers on medical transfers and are adding more training and technology, the Bureau of Prisons said Wednesday in a statement. The bureau said it may take more action based on the report’s findings later as it works with the Inspector General’s Office. It did not comment on whether any employees were disciplined.

Bulger, who had a heart condition and used a wheelchair, was 89 year old when he was beaten to death hours after he arrived at West Virginia's Hazelton prison after causing problems at the Florida lockup, where he had been serving a life sentence for 11 murders and other crimes.

Bulger led a largely Irish mob that ran loan-sharking, gambling and drug rackets and served as an FBI informant who ratted on the New England mob in an era when bringing down the Mafia was a top national priority for the FBI. He fled Boston in late 1994 after his FBI handler warned him he was about to be indicted and spent 16 years as one of America’s most wanted men before he was captured at age 81 in Santa Monica, California.

Bulger’s transfer to Hazelton — where workers had already been sounding the alarm about violence and understaffing — and placement in the general population instead of more protective housing despite his notoriety were widely criticized by experts after his killing.

The Justice Department only brought charges in the killing this year, nearly four years later, even though officials had identified suspects right away.

Fotios “Freddy” Geas, a former Mafia hitman, and Paul J. DeCologero, a Massachusetts gangster, are accused of striking Bulger in the head multiple times while another man, Sean McKinnon, acted as a lookout. An inmate witness told authorities that DeCologero said that he and Geas used a belt with a lock attached to it to beat Bulger to death, prosecutors say.

All three men are charged with conspiracy to commit first-degree murder, and McKinnon is charged separately with making false statements to a federal agent. Prosecutors say McKinnon told federal agents he wasn’t aware of what happened to Bulger.

More than 100 Bureau of Prisons officials were made aware in advance that Bulger would be moving to Hazelton, and the inmates also found out, the inspector general's report said. The watchdog said so many prison employees knew about Bulger's transfer that it’s impossible for them to determine who disclosed it to the inmates.

Bulger’s family sued the former director of the Bureau of Prisons, the former Hazelton warden and others, saying prison officials were well aware that Bulger had been labeled a “snitch” and that his life was at heightened risk behind bars. The family’s lawsuit said Hazelton was such an inappropriate place to send Bulger that it appeared he was “deliberately sent to his death.”

A judge dismissed the family’s lawsuit in January, concluding that federal law precludes the family’s ability to sue over a decision to transfer Bulger to the West Virginia prison.