Tuesday marked the national day of action for violence against women, and at UBCO, students gathered to unveil an art installation that remembers the 14 women that were killed at a school in Montreal in 1989.

“This event specifically is very near and dear to the school of engineering as on December 6, 1989, a gunman took the lives of 14 individuals at École Polytechnique. It’s really important for us to acknowledge that past event, as well as to look forward and ensure that we are doing everything we can to raise awareness in order to end violence against women,” said Sabine Weyand, professor of engineering at UBCO.

Female engineering students took a moment to acknowledge each of the 14 lives lost on that tragic day, and to stand up for women’s rights and feminism.

"As we are talking about women in engineering, it’s obviously important to remember that awful things can happen, but it’s also important to know that your voice is heard and you’re able to make a difference being a woman in STEM," explained Maddy Szypula, a fifth-year mechanical engineering student at UBCO.

"It’s good to remember to still have that pride and confidence in yourself to go out there and do what you want to do."

The memorial art installation will be a permanent fixture on campus. UBCO says the memorial is also about the struggles and challenges that women still face today.

“It’s an everybody problem. It’s not just a women's problem, it’s not just a feminist problem … We really want to come together here and create a memorial that everybody can come to. Whether it be Indigenous peoples, whether it be people from Iran, Iraq, Afghanistan … We stand together around this memorial as a reminder of the injustice that’s happening around the world," added Weyand.

In line with UBCO’s ceremony, exactly 33 years later, memorials were held in Ottawa, Montreal, and all across the country. 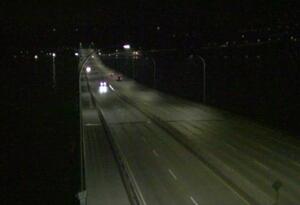