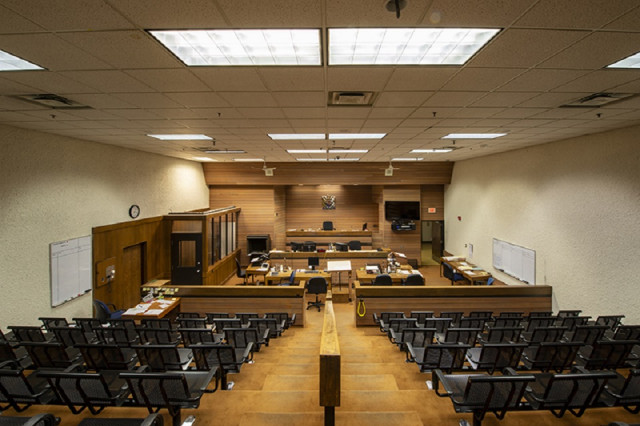 Three Metro Vancouver men are pleading not guilty and going to trial on murder conspiracy charges connected to 2021 events in Vancouver, Port Coquitlam and Richmond.

Richard Charles Reed and Seyed Naveed Mohtashamian are alleged to have conspired between Jan. 2 and June 2, 2021 to murder Spencer Griffin at or near Vancouver, Port Coquitlam and Richmond, court documents said.

Nicholas Huy To is alleged to have conspired with Reed and Mohtashamian to murder Griffith between the dates of Feb. 18 and June 2, 2021 at or near Vancouver, Port Coquitlam and Richmond.

Reed, Mohtashamian and To are alleged to have conspired between Jan. 2 and June 2, 2021, to murder Sam Kelly, also known as “JC” or “Tracy” at or near Vancouver, Port Coquitlam and Richmond.

The three are also alleged to have conspired between Feb. 18 and June 2, 2021 at or near Vancouver, Port Coquitlam and Richmond to murder Kelly.

Reed and Mohtashamian are further charged with attempting to obstruct justice by trying to dissuade Griffin with threats, bribes or other corrupt means, from giving evidence, documents said, between Jan. 2 and June 2, 2021.

The charge information was filed in provincial court on May 13, 2022.

To and Mohtashamian made an initial appearance May 20 but the case was moved to B.C. Supreme Court for a bail hearing May 24.

Justice Janet Winteringham granted the pair bail with conditions. To was released on $1,500 bail while Mohtashamian must post $3,000.

Lawyers for all three appeared in Vancouver provincial court Dec. 6 and requested an adjournment to Dec. 27 to set dates for a preliminary inquiry. Such inquiries are held to determine if there is enough evidence to proceed to trial.

Burton told Judge Joanne Challenger all three men would be dealt with as one file.

A Richard Charles Reed is also facing a first-degree murder charge in the death of alleged professional money launderer Jian Jun Zhu following a shooting inside a Richmond restaurant on Sept. 18, 2020.

Zhu was shot to death in Manzo restaurant while dining with alleged money launderer Paul King Jin, who was injured by a bullet from the attack.

The BC Prosecution Service approved the following charges against Reed:

According to court filings, Reed — who is in his early 20s and also goes by ‘Ricky’ — has prior criminal convictions ranging from 2017 to 2020, including robbery, breach of a release order and breach of probation after being charged with uttering threats to cause death or bodily harm.

“Mr. Lei is now charged with first-degree murder, attempt murder and reckless discharge of a firearm for the Sept. 18, 2020 incidents along with co-accused Richard Reed,” Daniel McLaughlin, spokesman for the BC Prosecution Service, said in September.