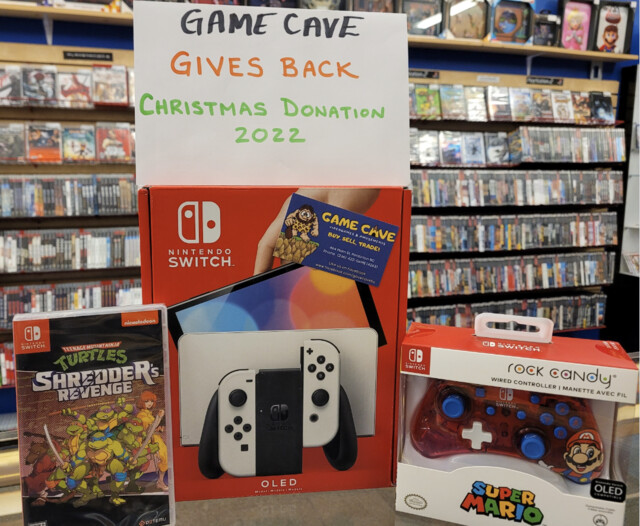 There will be an extra special gift for a family in need this year from Penticton's Game Cave, which is keeping with their yearly tradition of donating a Nintendo Switch package.

Trevor Sparreboom, the owner of a retro video game shop, posted on Facebook on Tuesday that he’s once again giving away a gaming bundle, but this year will be partnering up with the South Okanagan Women in Need Society.

Game Cave Videogames & Amusements will be donating a Nintendo Switch game console, an extra controller, and a game.

Sparreboom has taken in nominations for who to gift to in the past, receiving hundreds of messages.

"We are doing it a little differently this year though, and rather than taking nominations, we are partnering with SOWINS to ensure that our donation reaches a family truly in need of some Christmas Cheer," he wrote.

Last year the shop saw the community buy extra presents from the store to give away and SOWINS has a list of nearly 100 families this year who need a little help.

Sparreboom said he hopes the store can once again do its part to pitch in and help several families.

Any additional donations received at the store will be put towards gift certificates, grocery cards, and/or gas cards, and then delivered to SOWINS on Dec. 19.

If you wish to participate and contribute this year, pop by the Game Cave store at 464 Main Street to donate.