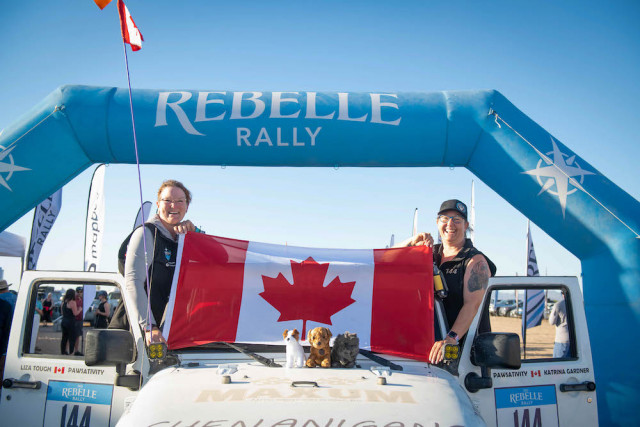 A pair of West Kelowna women have come home with an international cup after competing in the only women’s off-road navigation race in the United States.

West Kelowna's Liza Tough and Katrina Gardner competed at the The Rebelle Rally back in October.

The race involves teams of two women and their street legal vehicle who drive over 2,500 kilometres through the desert of Nevada, California.

The race is done with map and compass, with no use of any electronics.

Tough was the navigator while Gardner was the driver.

"It's based on pinpointing correct navigation points. It is like a geo-cache done with map and compass."

The pair took first place in the international competition and while also placing 25th out of 45 competitors in the 4x4 class.

"We were quite pleased. This was my rookie year. I have traditionally driven my Tacoma. This was my first time nagvigating so I was on the other side of the vehicle. You get your check points which is latitude and a longitude in the morning at 5 a.m. and you have an hour-and-a-half to plot," Tough said.

The team brought home a trophy as well as a donation of $2,500 that will be going to Paws it Forward, a local animal rescue organization.

Tough says choosing Paws it Forward as the beneficiary was a no brainer.

"We are both avid animal lovers. [Katrina] has rescued previously. She has had dogs that she has rescued and we have also. It was something that touched us both in the heart."