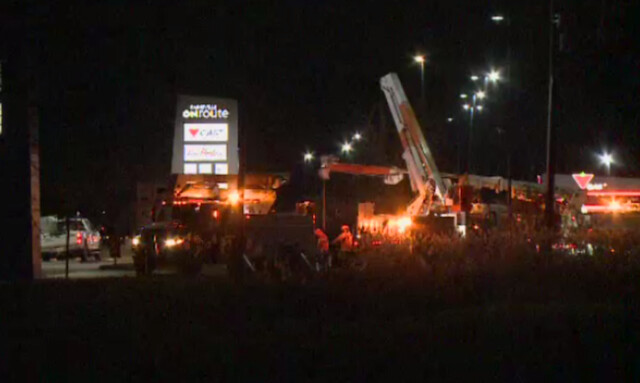 Ontario Provincial Police are investigating after a small plane crashed onto a major highway, sending two people onboard to hospital.

OPP say the Cessna 150 crashed into the centre median of Highway 401 around 8:15 p.m. Monday in front of a rest stop, just west of the Ontario-Quebec border.

Police say the initial investigation suggests the two-seater plane may have experienced a mechanical issue after taking off from a small Quebec airport nearby.

OPP say the plane hit hydro wires before crashing onto the highway.

Police say the Transportation Safety Board of Canada is helping investigate.